Brothers: A Tale of Two Sons has been out for almost seven years now, with a Nintendo Switch port coming out last year. But yesterday was the first time I picked up and played this classic indie, finishing the game in a single day on my Switch. The game is about two brothers who go on an adventure in search of a life-giving medicine, reminiscent of water from the tree of life, that will save their father from a deadly sickness. The brothers pass over mountains and through icy waters, through the lands of trolls and giants, before they come to the end of their journey. Brothers is a wonderful, emotional journey, at times charming and at times dark, and I would recommend it to anyone who’s willing to twiddle two thumbsticks for a few hours. 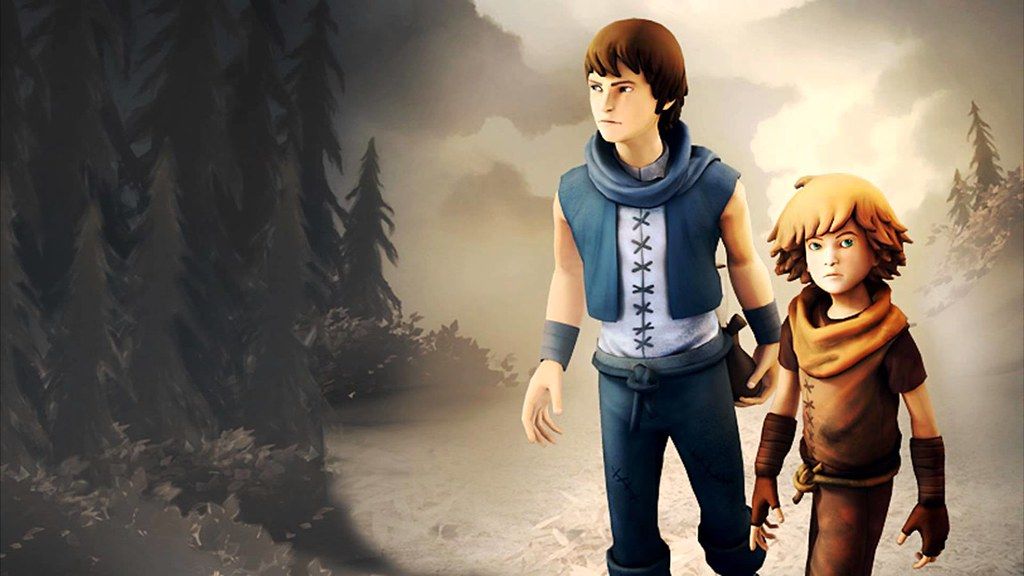 You control the brothers simultaneously with each half of the controller. The right thumbstick moves “little brother” while the left thumbstick moves “big brother.” Each brother also has a dedicated “action” button, with which you can grab hold of wall-pegs, pull levers, and interact with various objects and people in the world. The brothers will interact with the same object or person in a different way, showing their personality. For example, the little brother is mischievous and playful, tossing water on a sleeping bridge-guard and skipping stones in the ocean, while the big brother is generally more serious, asking for directions and greeting strangers politely.

Though the Switch port of the game adds the option to play the game co-op, I would recommend first playing through the game in single-player mode. It might seem that the game would be well-suited for co-op, but the experience of playing the game is deeply personal and much more profound once you begin to identify the little brother as your right hand and the big brother as your left. The game was originally meant to be played single-player and I think the message of the story would be much different if played in two-player mode. Once, when recounting the game’s development process, the game’s director, Josef Faras, said that he would rather “cut his hands” than make Brothers into a co-op game.

The characters in the world communicate through a made-up language based on Arabic, but the player can understand the basic sense of what they are saying due to context and expressive, exaggerated animations. The made-up language suits the game well, as it leaves many details of the story and dialogue to the interpretation of the player, making the game a more immersive, fairy-tale-esque experience.

The brevity of the game might be a turn-off for some, but I enjoyed that I could play the game in a single sitting. Each chapter of the story features a unique setting and the gameplay has a steady, even pace. The game is well-crafted and rich in powerful moments and experiences. 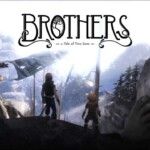 Brothers is an unexpectedly profound and emotional game. It's a short and meaningful adventure.