It’s funny how just three words can carry so much weight. Just think of how powerful and resonant the following word trios can be:

Now, we can add another one to the list:

When those words flashed on my iPhone’s screen during the end credits of Jenny LeClue: Detectivú, the revelation hit me like an errant selfie stick: Apple is finally serious about gaming.

Gamers everywhere—even those who bristle at mobile games—should rejoice at this news.

For Apple Arcade, unlike Google Stadia (and its even more half-baked cousin, Google Play Pass) actually has the potential to create meaningful change for a big swath of the industry. Despite still being in its infancy, Apple Arcade has all the makings of a breakout hit.

If Apple Arcade does succeed, it will hugely benefit and elevate gaming as a whole. It will nurture niche and experimental games other publishers won’t take a chance on. It will be a boon for indie developers. And, if we’re truly fortunate, it will finally bridge the quality gap between mobile and console gaming.

But first, let’s take a step back.

The Sordid State of Mobile Gaming 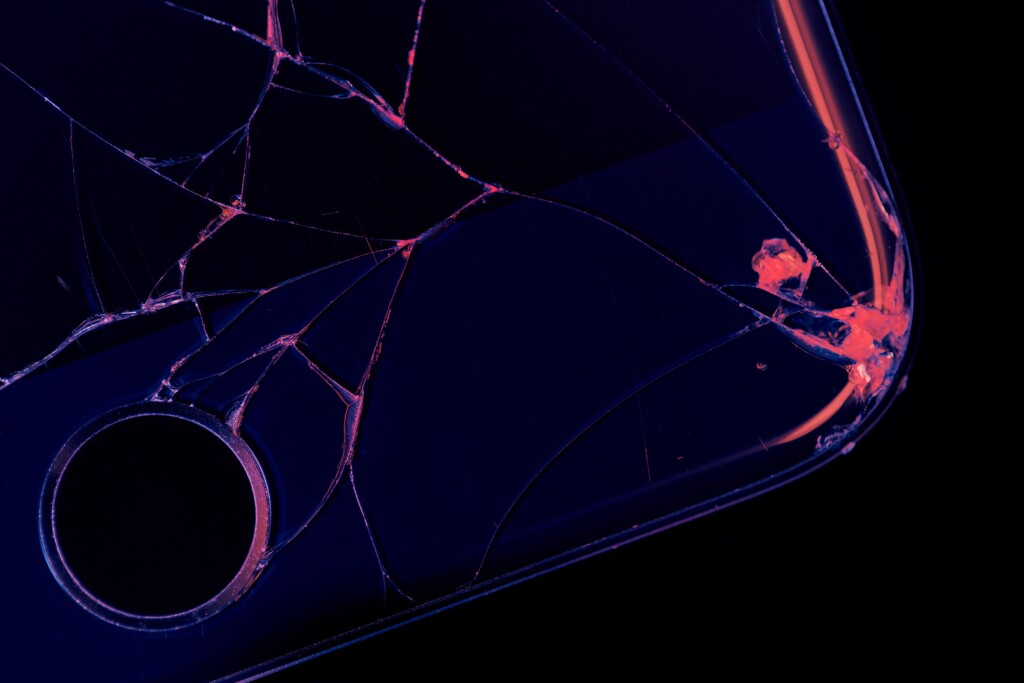 If you’re reading this article, chances are you don’t generally consider yourself a mobile gamer. You may not even think of mobile games as “proper” games, or of mobile gamers as “real” gamers. And I get it — while they technically count as games insofar as they’re things that you play, most mobile games, frankly, suck. A lot.

Both the iOS App Store and Google Play Store are filled with assorted hot garbage. Free-to-play titles that bombard the player with ads, timers, microtransactions, loot boxes, and gacha mechanics. Games that are designed to trick you into paying money to advance or gain an advantage over others (also known as “pay to win”), or sometimes to simply continue playing. Games in which every pixel was placed to wring ever more money out of the player.

They’re designed to be addicting, but they’re not very fun. And that is mobile gaming’s cardinal sin. If a game isn’t fun, what’s the point of playing it?

Additionally—as if all that wasn’t enough—mobile storefronts are packed to the virtual brim with countless knockoffs, re-skins, clones, and re-threads of the same games. Think of how many match-3 games or Clash of Clans ripoffs pop in and out of the App Store like quantum blips of suckiness. If more of this crap keeps topping the App Store charts, the whole ecosystem will collapse onto itself like a black hole of shovelware.

Perhaps we, the players, are to blame. After all, we set the market trends, because we create the demand. And if microtransactions reign supreme, it’s because people have proven unwilling—time and time again—to pay even $0.99 for a quality game. And so we reap what we sow.

But the sad part is, it wasn’t always like this. Back in the ancient era before Apple allowed microtransactions, mobile was a new and genuinely exciting gaming space, brimming with potential. Games like Infinity Blade and Canabalt created entire new genres and gave us a glimpse of what mobile gaming could become. And Angry Birds (whether you loved it or hated it) introduced casual gaming to the masses, like the Wii before it.

Obviously, that didn’t last long. I doubt Apple realized the hydra it was about to unleash the day it introduced in-app purchases. But Apple’s intentions aside, that decision was hugely consequential. It created a gaming environment that’s fueled by perverse incentives, preys on its users, and is flush in riches for a few lucky and/or unscrupulous developers—yet utterly barren of creativity or innovation in mechanics, narrative, and aesthetics. 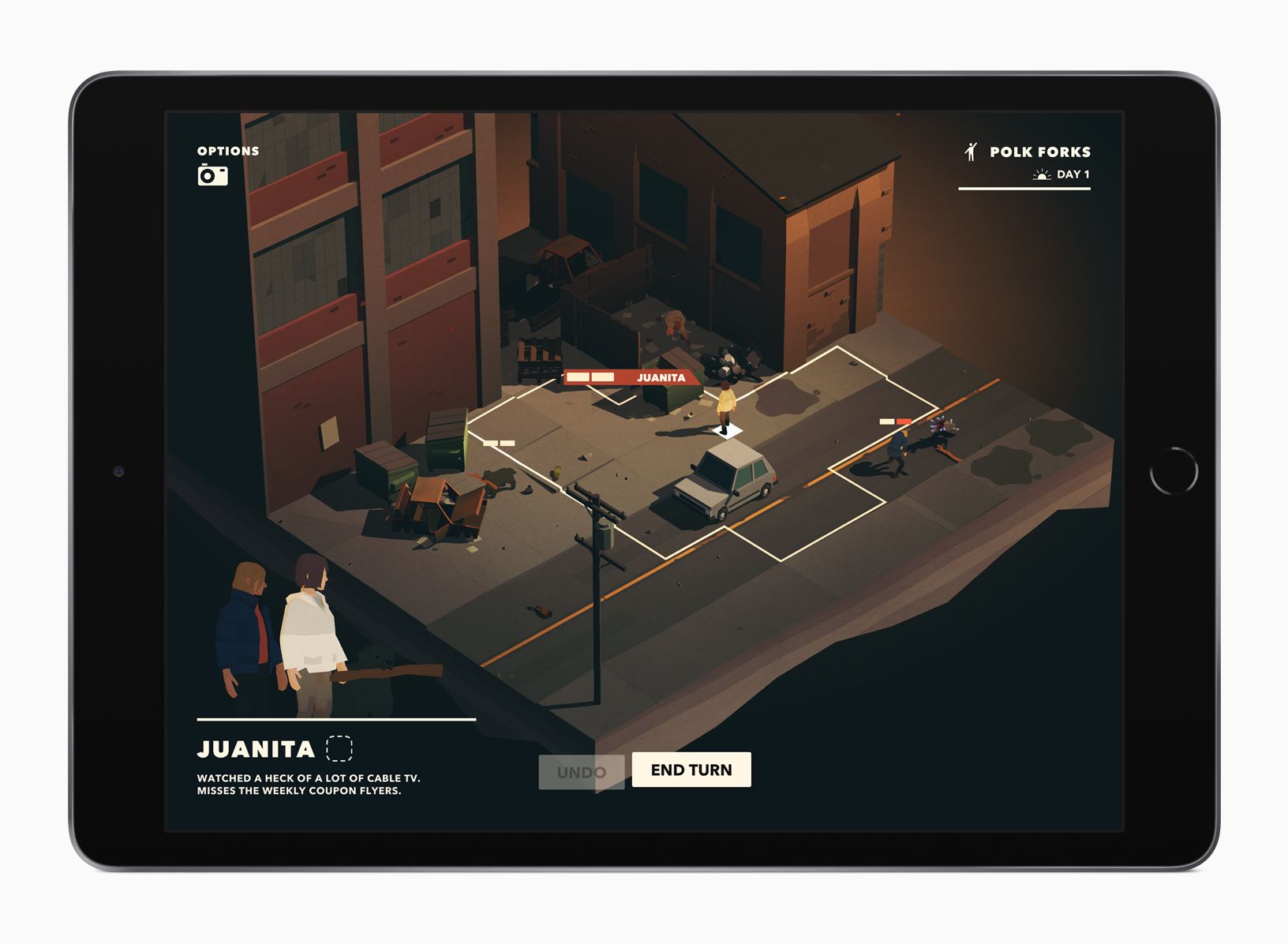 But now, it appears Apple wants to atone for opening Pandora’s Loot Box. Enter Apple Arcade, its Xbox Game Pass-esque subscription service that gives you unlimited access to a curated selection of over 70 games (with more added regularly), across all your Apple devices, for $4.99/month. But here’s the sweetener: these games have no ads, no microtransactions, no in-app purchases, no pay-to-win mechanics, and no bullshit. They’re not allowed to—it’s an explicit requirement for inclusion.

Any of these elements—the big selection, the lack of nickel-and-diming, the price—on its own would make Apple Arcade an attractive service. Put together, they create a very compelling proposition, even in a world that’s oversaturated with subscription services.

I’ve been playing around with Apple Arcade since it launched, and I still marvel at what Apple has pulled off and where it could take the industry. It won’t replace consoles or PCs. But Apple Arcade’s introduction is a long-overdue course correction for mobile gaming that pulls the focus away from shady monetization schemes and back towards the games themselves. This will significantly benefit both developers and gamers.

Even if you consider yourself the hardest of the most “hardcore” console (or even PC) gamers, if you’re even somewhat plugged into the Apple ecosystem, you owe it to yourself to check it out. Otherwise, you’re cheating yourself out of some quality gaming experiences, many of which you won’t find elsewhere, and some of which would feel right at home on an actual console. In fact, a few of them—most notably Sayonara Wild Hearts—actually are console releases, except you’d be paying $5 to play them instead of +$15.

Whether you prefer multiplayer brawlers, epic RPGs, tricky platformers, or casual puzzlers, you’ll find something you like. With over 70 games already on the service and more on the way, spanning a wide swath of genres and sub-genres, there really is something for everyone. 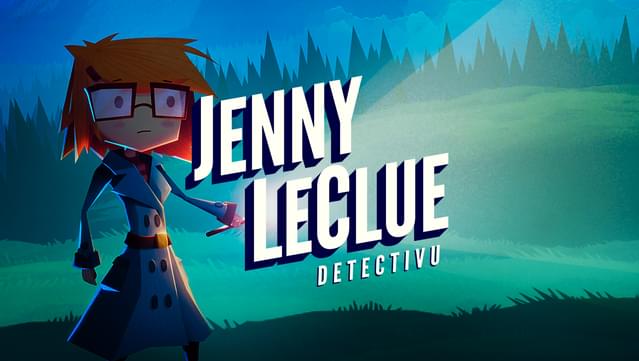 As an example, take the humble point-and-click adventure. One of the first properly defined and massively popular gaming genres, adventure games have fallen mainly to the wayside because people just don’t play them anymore. Marquee adventure studios like Telltale and LucasArts are now but distant memories, and new adventure games (like the excellent Thimbleweed Park) often need crowdfunding to see the light of play.

However, in Apple Arcade, I can now play three such games (as of press time) right off the bat: Tangle Tower, Murder Mystery Machine, and the aforementioned Jenny LeClue. For just $5/month. Even if I play only one of those games in a month, the service will have paid for itself.

The latter game, Jenny LeClue, is a prime example of the type of game that Apple Arcade is giving a real lifeline to. This delightfully charming and wholesome murder mystery adventure was crowdfunded back in 2014, with a playable teaser releasing in 2015. Then, nothing. For years. It seemed like the game might never be released. Remember, adventure games are the definition of a niche genre, and murder mystery adventures (that aren’t hidden object games) are a niche within a niche. Often, there’s just not enough of a market for these games.

But then, all of a sudden, there it was, on Apple Arcade. Apple took a look and decided this was a game it wanted to put its name on—potential monetization, or lack thereof, wasn’t an issue. This is terrific news, and not just for mystery and adventure junkies like myself. Other gamers can now broaden their horizons more easily with this and other niche or experimental titles. After all, if you’re already paying for all these games, what do you lose by trying one out? 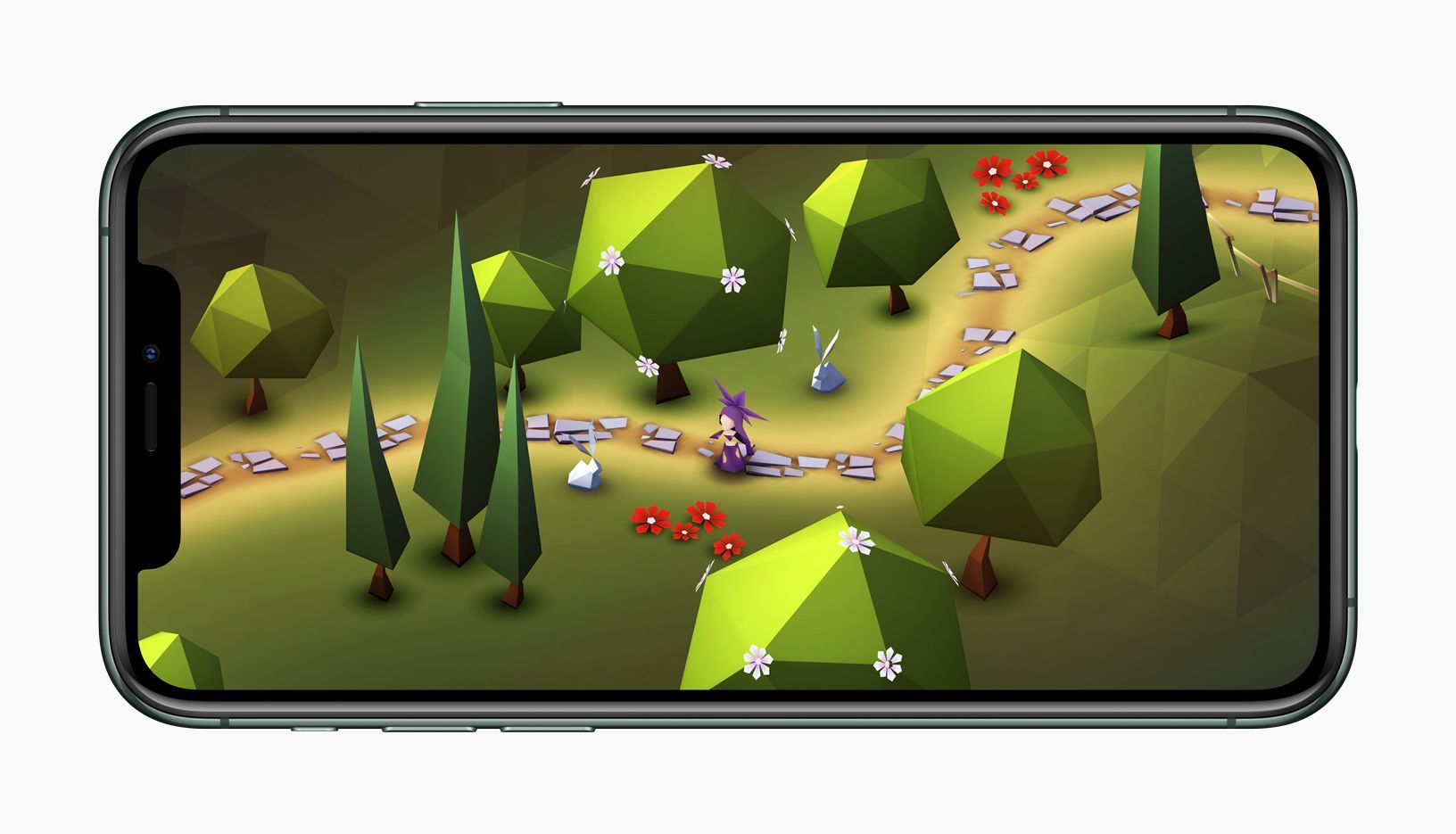 I don’t have to spell out why this presents an excellent opportunity for indie devs. To focus on creating your game without worrying about how to make money is every developer’s dream. Additionally, Apple fronts the costs of development and releases the finished product to one of the word’s largest user bases.

The creative freedom this affords participating studios has already led to many brilliant, original titles—and more are sure to come. As these ideas inform and inspire other devs and studios, they will lead to entirely new gaming experiences, which will also spread to and influence games on other platforms. This, obviously, will be great for gamers themselves, who will get to play fun, inventive games that otherwise might not have come to fruition. Talk about a win-win!

And it’s not just indie devs that are coming on board — major publishers including Capcom and Square Enix have Apple Arcade launch titles, too. So the service’s influence may truly be felt throughout the industry. The possibilities are tantalizing.

That’s not to say that it’s all positive, though. The details of how exactly Apple compensates developers remain a secret (although the devs who’ve published on Apple Arcade seem very happy with their arrangement). There are unanswered, and potentially very consequential, questions on the broader implications of such a potentially disruptive offering. Including whether a “Netflix for games” model will transform gaming like other industries have been transformed in the past decade, and not necessarily for the better. And, of course, Android users aren’t invited to the party, and likely never will be, leaving behind a vast segment of players.

But those are conversations for another day.

In any case, all this is fine and good, but are the games worthwhile? After all, it doesn’t matter how well the devs end up, or how they push the envelope, if their game isn’t any fun. But I’ve played quite a few of the games offered, and I’m happy to report that they’re near-universally good. Like really, really, really good. These aren’t your previous-gen iPhone’s games.The production values and quality control are far, far beyond what is standard or expected for mobile, and even approach console-level polish.

In fact, I remember booting up the Breath of the Wild-esque Oceanhorn 2 on my Apple TV, pairing a controller, and having an epiphany. “This is legit,” I thought. Aside from a few technical hiccups and framerate issues (which will surely be patched out soon), and my subpar choice of controller, it felt like playing on a console.

But most importantly, these titles are fun. They’re hard to put down, not because of deceptive design or deliberately addictive mechanics, but because they’re genuinely good games.

Will Apple Arcade Level Up? 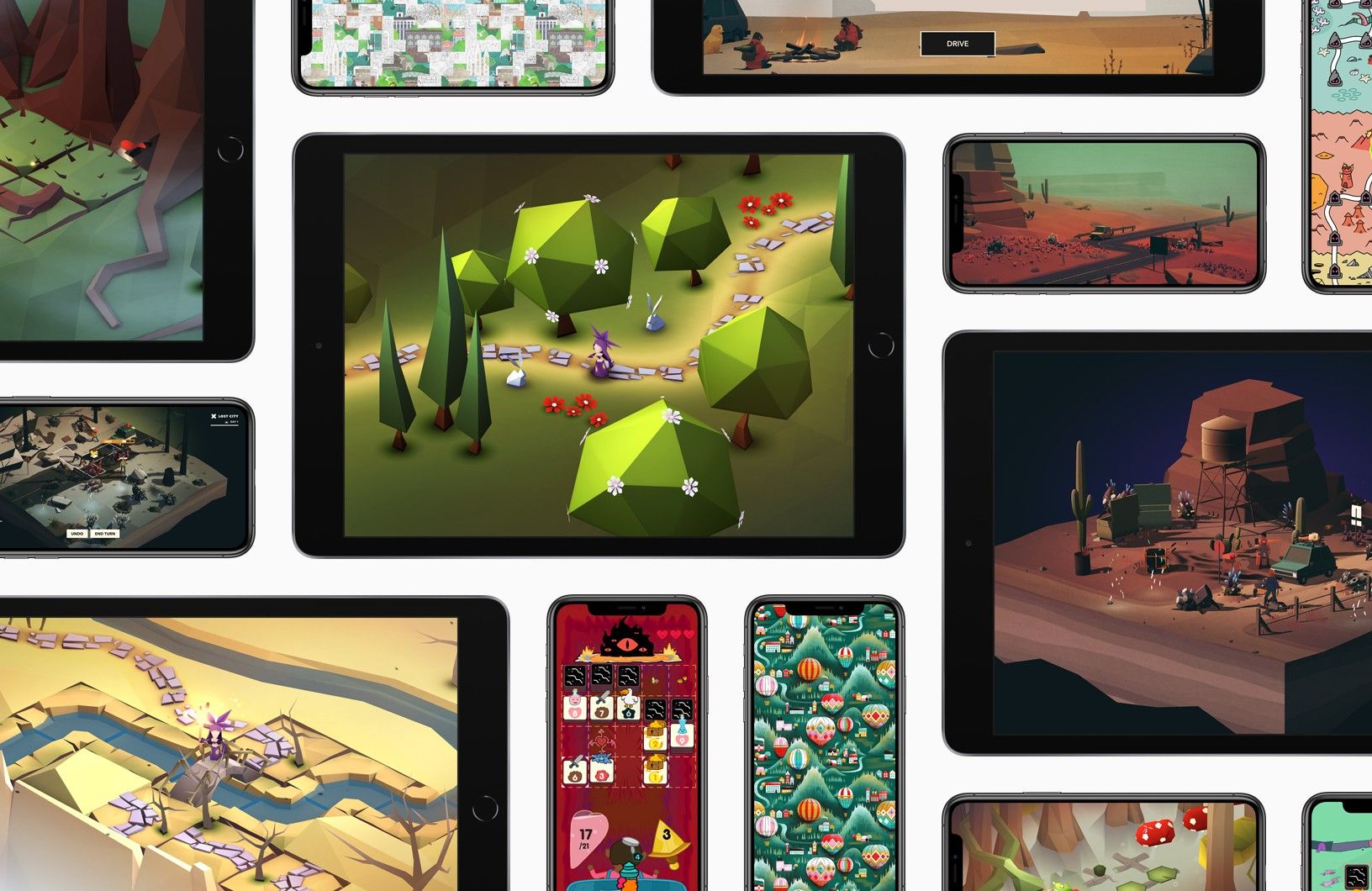 I don’t expect Apple Arcade to replace consoles or PCs anytime soon. Whether a true AAA title will ever make it to the service remains to be seen, and dedicated gaming devices still feel tighter and more refined. Just as one would expect, with them having had a 40-year head start (let’s put it this way: I still carry my Switch around wherever I go).

Nevertheless, the fact that there is so much buy-in from the industry indicates that Apple Arcade is more than worthy enough to share the gaming space with consoles and PCs. And hopefully, in time, it’ll erode the ridiculous artificial divide between mobile gamers and console/PC gamers, or “casual” gamers and “hardcore” gamers.

So, the devs are in, the publishers are in, and Apple is finally in… so now, the question is, will the players be in? With such a vast library of new, high-quality games for less than the cost of Netflix per month (and less per year than the cost of one AAA console title), I would certainly hope so. It’s one of the best deals in gaming, both in terms of price and value. Players who enjoy fun and creative games and own at least one Apple device would be remiss not to at least consider it. Especially since there’s a free monthly trial.

So, try it out. You’ve got nothing to lose, and lots of potentially new favorites to gain.