New Update: “Hades” gets a new chapter and UI improvements

Supergiant Games has released a new update to for Hades called “The Beefy Update”, and there’s plenty of truth to the name. The update adds a new stage “Elysium” as well as plenty of balance and gameplay changes that make playing much more engaging than before. 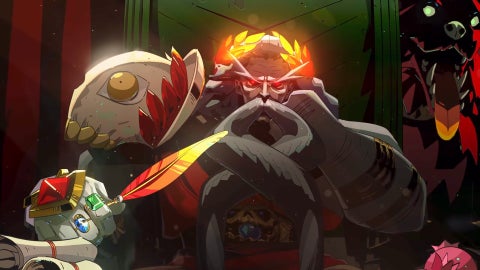 “Hades” is a dungeon-based adventure game made by Supergiant Games and published on the Epic Games platform. The player takes the role of “Zagreus” who is the demigod off-spring of Hades, Lord of the Underworld. As Zagreus, your mission is to escape from the Underworld against the wishes of Hades who will stop at nothing to prevent you from leaving. Zagreus is not alone in his fight. Characters within the Underworld’s Palace and the Gods of Olympus will aid him on his quest to get the hell out of there (pun intended). The game is currently in early access and receives consistent updates to content and balance of mechanics.

The way “Hades” addresses dungeon design and death make playing the game engaging while always providing a new experience with every play-through. “Hades” has  dynamic dungeons. Each escape attempt will be different as the rooms you enter will always change. The Gods that come to help Zagreus also give you power-ups called “Boons” that can help you tackle the dungeon. As each play-through is different, players have to plan ahead, adapt, and take risks to get through each level. The joy also comes from experimenting with different boons in combination with different weapons and accessories that can drastically change the gameplay.

“Hades” also makes death an integral mechanic of the game. Dying is good! When Zagreus dies, he returns right back to the Palace. While back home, Zagreus has an opportunity to talk with characters and advance their story. While some of the characters poke fun at his death, many do their best to help the prince out in his quest to leave the Underworld. In Zagreus’ room, you have a giant obsidian mirror called “The Mirror of Night” . Players can use darkness, which is collected while traversing the Underworld, to make Zagreus stronger and more likely to go further. The more you die; the more the Prince improves. This ties in very well the story, and it also strongly encourages the player to make mistakes and learn from them. 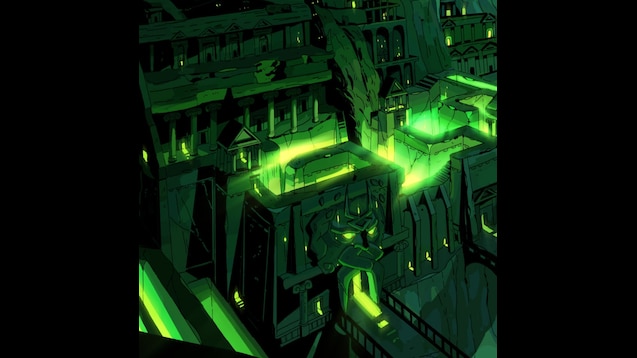 Supergiant Games released their latest update for “Hades” on May 7th. They released a bug-fix patch for it on May 9th. This update features a new biome/chapter of the story where Zagreus can reach “Elysium: The Afterlife of Heroes”. This new stage adds  two new boss characters: Theseus and the Minotaur. Players will be met with more powerful versions of previous monsters like the Witches.  New monsters like the “Nemean Chariots” or the “Exhalted” will challenge the wits of players on their climb.

In addition to the new stage and monsters, players will be greeted with a new user-interface for boons. The UI is more organized and shows boons in categories. Players can replace boons from other deities for a particular category. Previously, you would not receive a power-up if Zagreus already had one in a particular category. Now, in example, if Zagreus has an “Attack Boon” from Poseidon, that boon can be replaced with an “Attack Boon” from Dionysus.

These changes open up more options for the players to adapt in later stages of a play-through. Brand new boons were added for some deities as well as some combo boons. This update now allows all gods to have access to a “Status Curse”. For example, Aphordite’s status curses are “Weakness” and “Charmed”. Zeus, Poseidon, and Artemis also give you boons that give these curses. Zagreus also received a new ability in the mirror that allows him to deal more damage to opponents with a curse on them.

As of now, Zagreus has access to 5 different types of weapons and they could only be upgraded once with a power-up called “Daedalus’ Hammer”. Each weapon has received some balance changes that strengthened them. Each weapon got decent buffs and slight tweaks to make each one feel unique and more powerful. There has also been an upgrade to the hammer.  You can upgrade your weapon multiple times if you run into the hammer power-up in a single play-through. 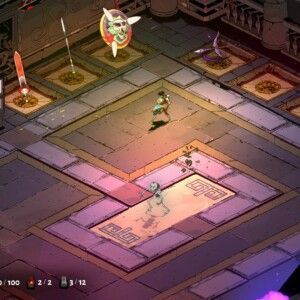 This new update opens 1,000 new voice lines and potential interactions with the characters. The story gets deeper the higher Zagreus climbs the lands of the Underworld. The main character meets plenty of new friends and enemies along the way. With the Beefy Update, these characters’ animations are more improved and there are more opportunities for dialogue. Some characters have surprising depth like Achilles or Nyx. As you communicate with gods and learn secrets about each character, their depth begins to show. Conversations with Achilles and learning about his personal struggles makes this writer more invested in the story.   Supergiant Games succeeded in making compelling characters on top of beautiful visuals that really bring “Hades” to life (also pun intended). 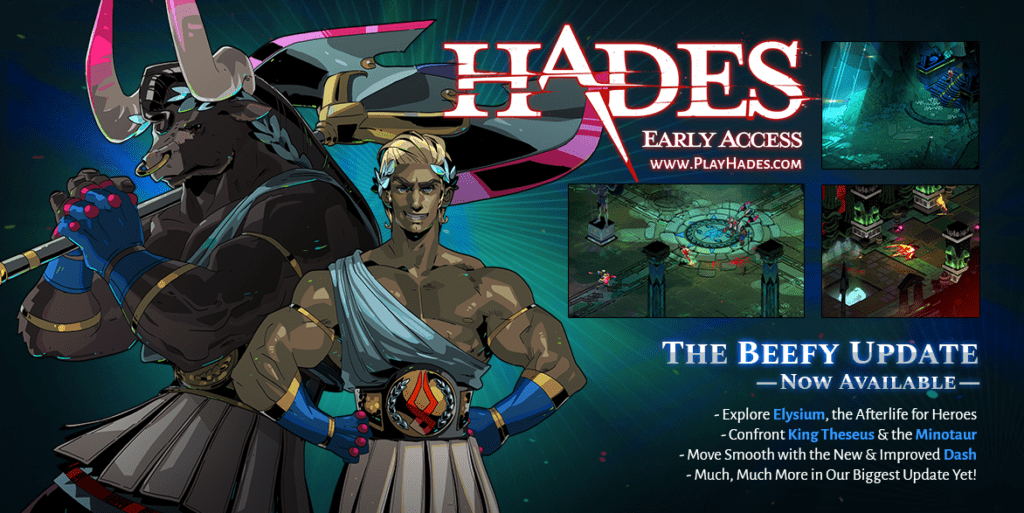 The Fates Await You

Jump right into this fantastic game today and experience hours of captivating moments. “Hades” is available for early access for $19.99 on the Epic Games platform or at playhades.com.