Remnant: From The Ashes – Review (PC) 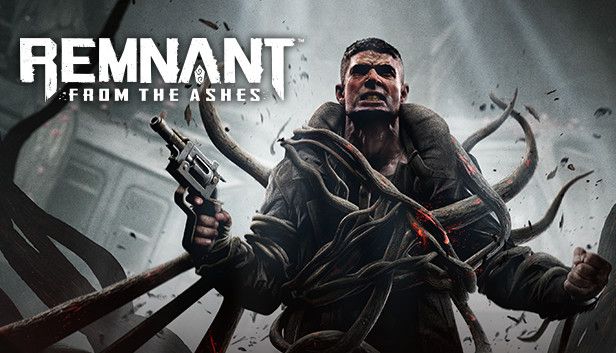 For anyone looking for a challenging yet satisfying and refreshing shooter, Gunfire Games and Perfect World Entertainment releases their latest game Remnant: From the Ashes. This third-person shooter is set in a post-apocalyptic universe where players explore and make their way through different worlds for survival. Players appear as the last remnant of humanity with the end goal of defeating the Root. The Root is the evil antagonist that aims to devour life’s existence in the universe. Exploration and completion can be done solo or alongside two other friends. There’s a lot to say about this game, so let’s get right to the details!

This game looks like a mix of some of the best games I’ve played in the past. Many will say this game has elements that are characteristic of Dark Souls, Resident Evil, The Division, or Destiny. In other words, this game would be a gunslinger Dark Souls, as some would say. Comparisons aside, Remnant: From the Ashes is an amazing standalone shooter. 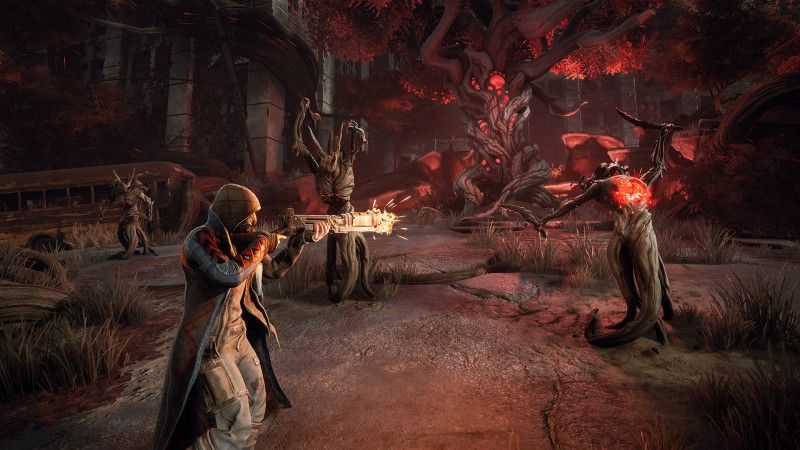 There is a lot of creativity and customization involved regarding characters and weapons. You can customize the look and voice for your character, which gives the game an RPG-like feel. You can also determine your play style based on the character class you choose. Players have an arsenal consisting of melee and ranged weapons that gives combat more freedom. The ranged weapons can further be differentiated by using weapon modifications. 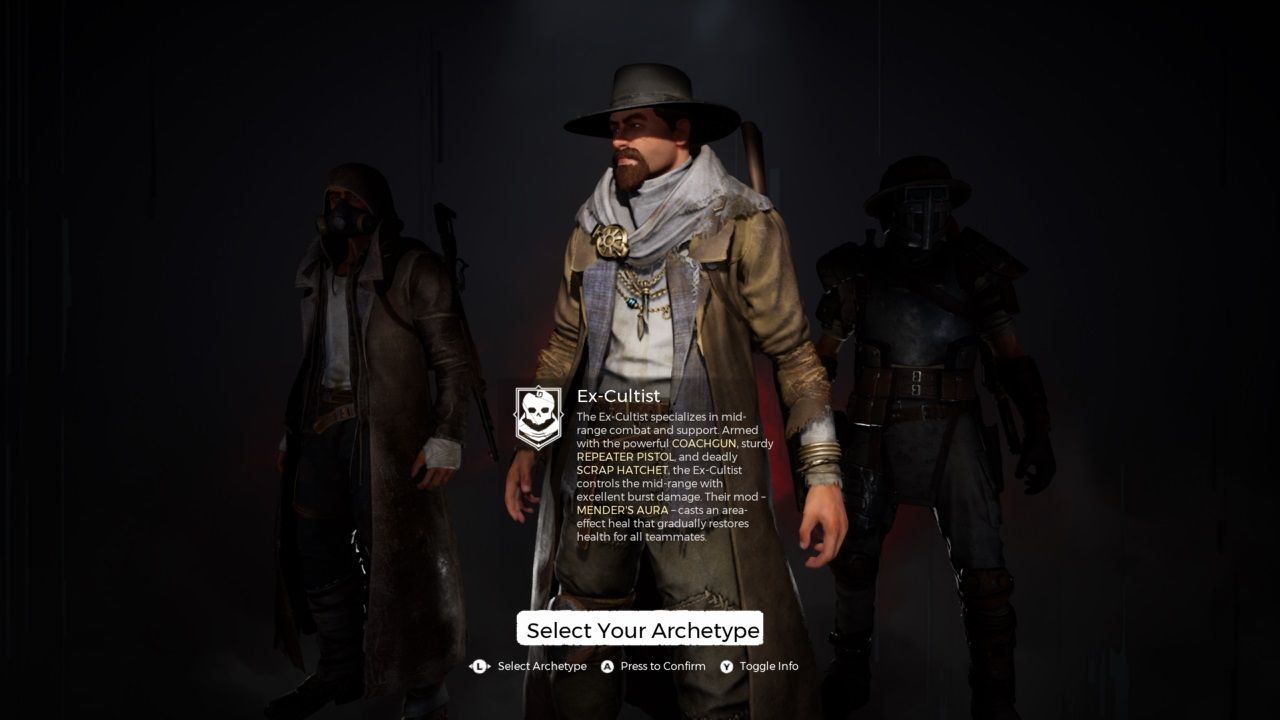 Enemies and environments are always refreshing as each world has its own individual characteristic traits. The environments have spectacular colors and fine attention to details, thus making exploration an aesthetic experience. Environments aren’t linear so there is a lot of exploration to do.

This game is consistently challenging and refreshing as no single person will have the same play through experience as somebody else. Each zone that players enter will have chance encounters as well as random item/gear spawns. This means multiple playthroughs are required to fight every boss and collect better gear. With that said, it’s interesting to see what kind of encounters and gear your co-op partners have you that you don’t. 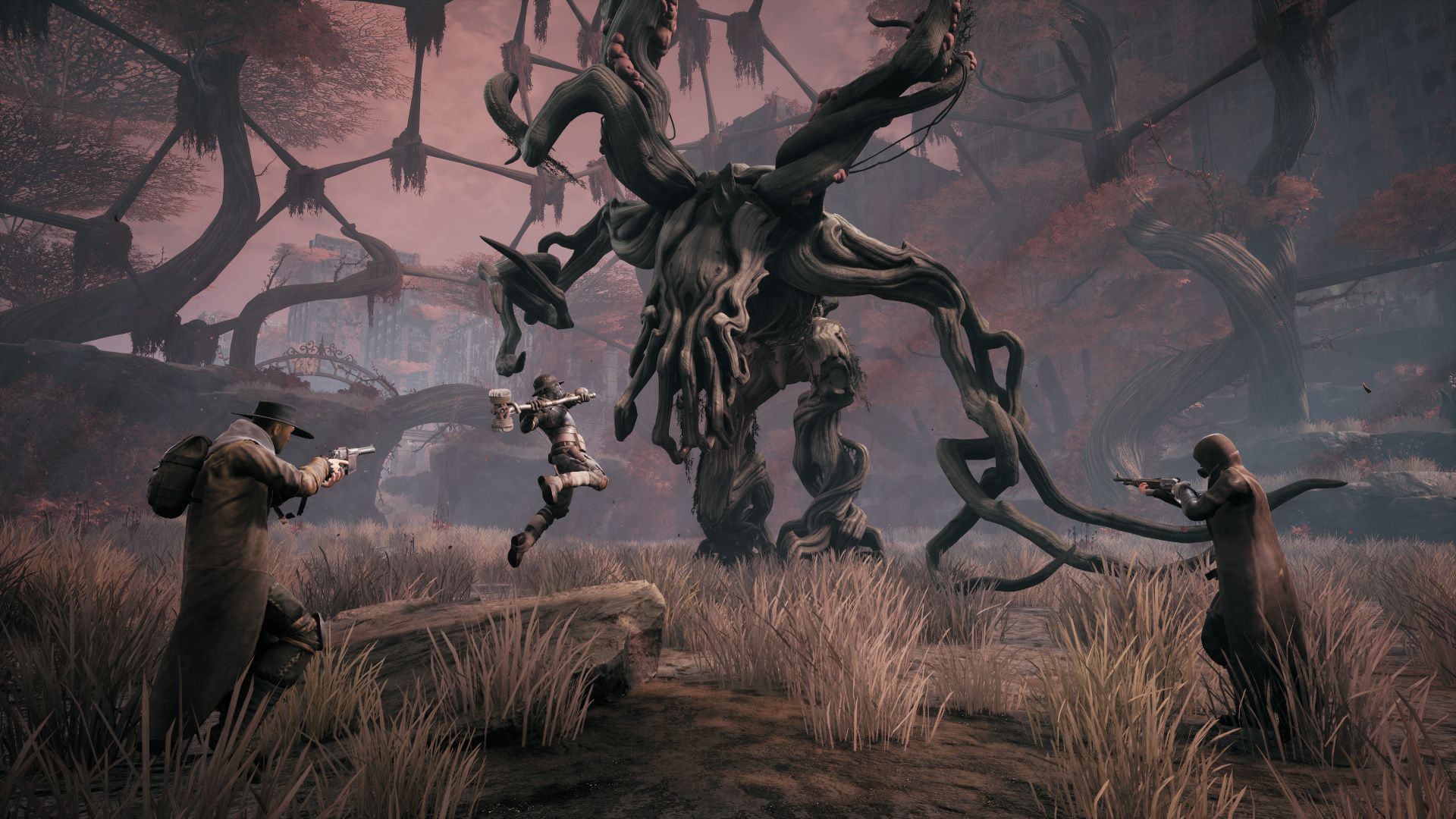 Playing co-op is all fun and games until you accidentally kill your mate. Since friendly fire is enabled, firing weapons needs careful attention. Not only can it hurt your mates, but some weapons can also hurt yourself depending on how it’s being used against enemies. No panic shooting!

You can choose which weapon class you want your character to be depending on your play style. They have a class for long range, mid range, and melee range arsenal. This adds to the character customization experience, however, eventually each class has access to the same arsenal mid to late game. This means after early game there isn’t much distinction or exclusivity between which class you end up using.

A lot of points that I address in this section can be looked at as either a good thing or a bad thing depending on the person. It depends on the player and how they handle their gaming experience.

Beating this game solo requires lots of patience and tenacity. This is because there are hoards of enemies that will come after you without mercy, and even more so in boss fights. Some boss fights seem like there may be some balancing issues as there have been some fights that have been either ridiculously hard or effortless. To get around some of these issues, co-op is recommended for better coordination in defeating enemies. 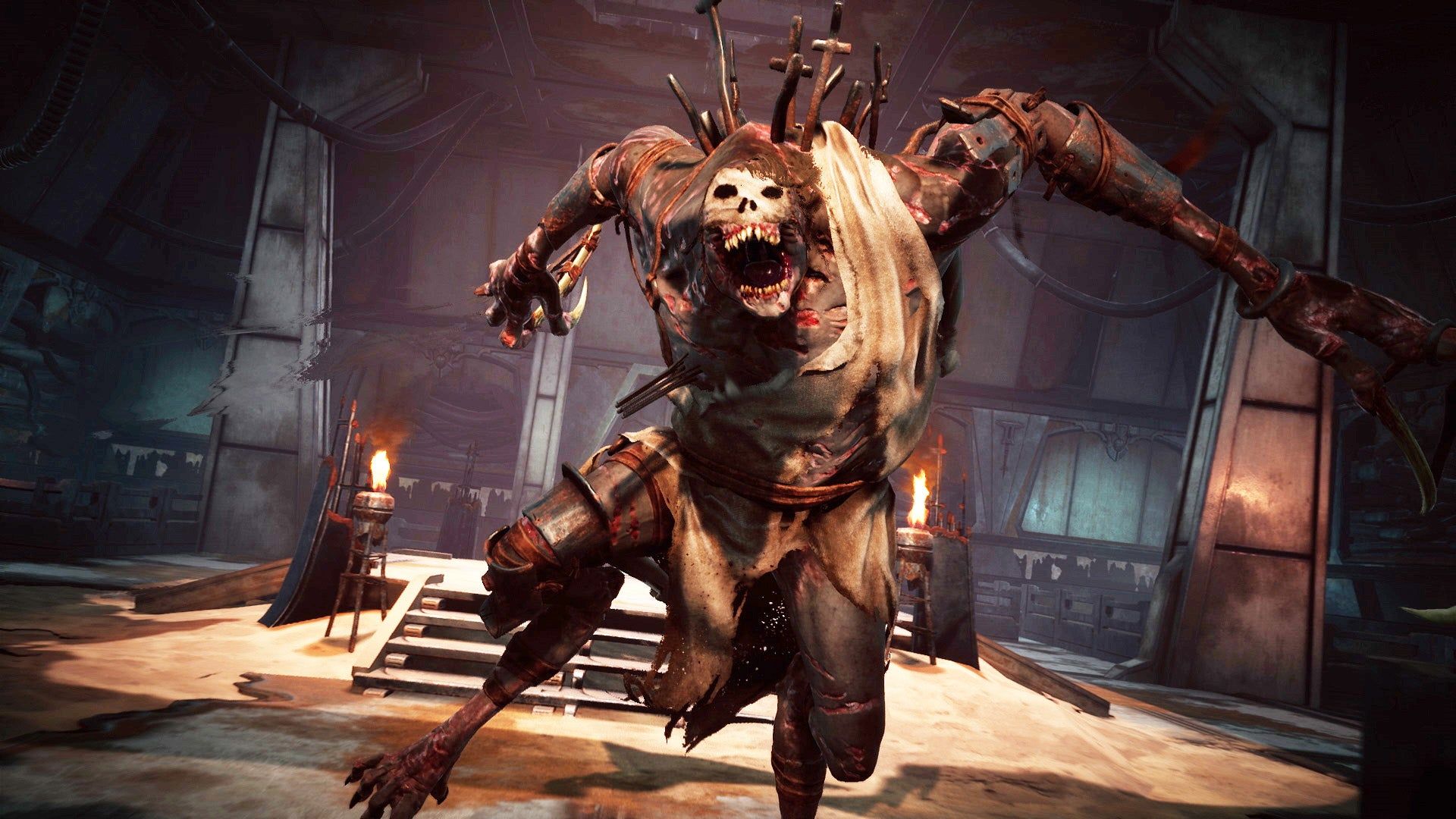 This is for the lazy killer to keep in mind: In order to use your gun, you have to aim it before you shoot it. If you don’t aim first, you’ll end up using your melee weapon. This isn’t one of those games where you can show off your 360-no-scoping skills. Despite this, it’s still convenient to have all your weapon attacks mapped to the same button/control.

For the impatient players, shopping for consumables or upgrades can be a time-consuming task for co-op players. When talking to an NPC, there can’t be more than one person talking to them at a time. This can be a good thing since you don’t want more than one person rolling the dialogue for an NPC and deciding on the story outcome. On the other hand, if everyone needs to shop at the same time, you’ll have to wait your turn.

To get the most out of your game play experience, you have to go through many new game+ to collect all the gear and boss encounters. Although this substantially adds to the play time, It can become a tedious task for completionists. On the bright side, a whole play through is relatively short, so going through many NG+ shouldn’t be an issue.

This game offers both a challenging and enjoyable experience. You’ll be fighting hoards of monsters for the majority of the game, but you’ll still get plenty of down time for exploration. Fighting mobs and exploring are both essential for leveling up and obtaining better gear. This game has a lot of replay value due to the randomization in the environments, enemies, and gear spawns. Every player is given a unique experience, so you’ll never know what to expect even if you’ve watched someone else play.

This game has been one of the greatest shooter experiences I’ve had in a while. Although most people prefer shooters to be in first person, this game did and excellent job making it work for third person. I appreciate being able to see my character throughout my play through with the amount of customization that I put into them. Further emphasis is put into customization because of the arsenal modifications for unique weapon functionality. 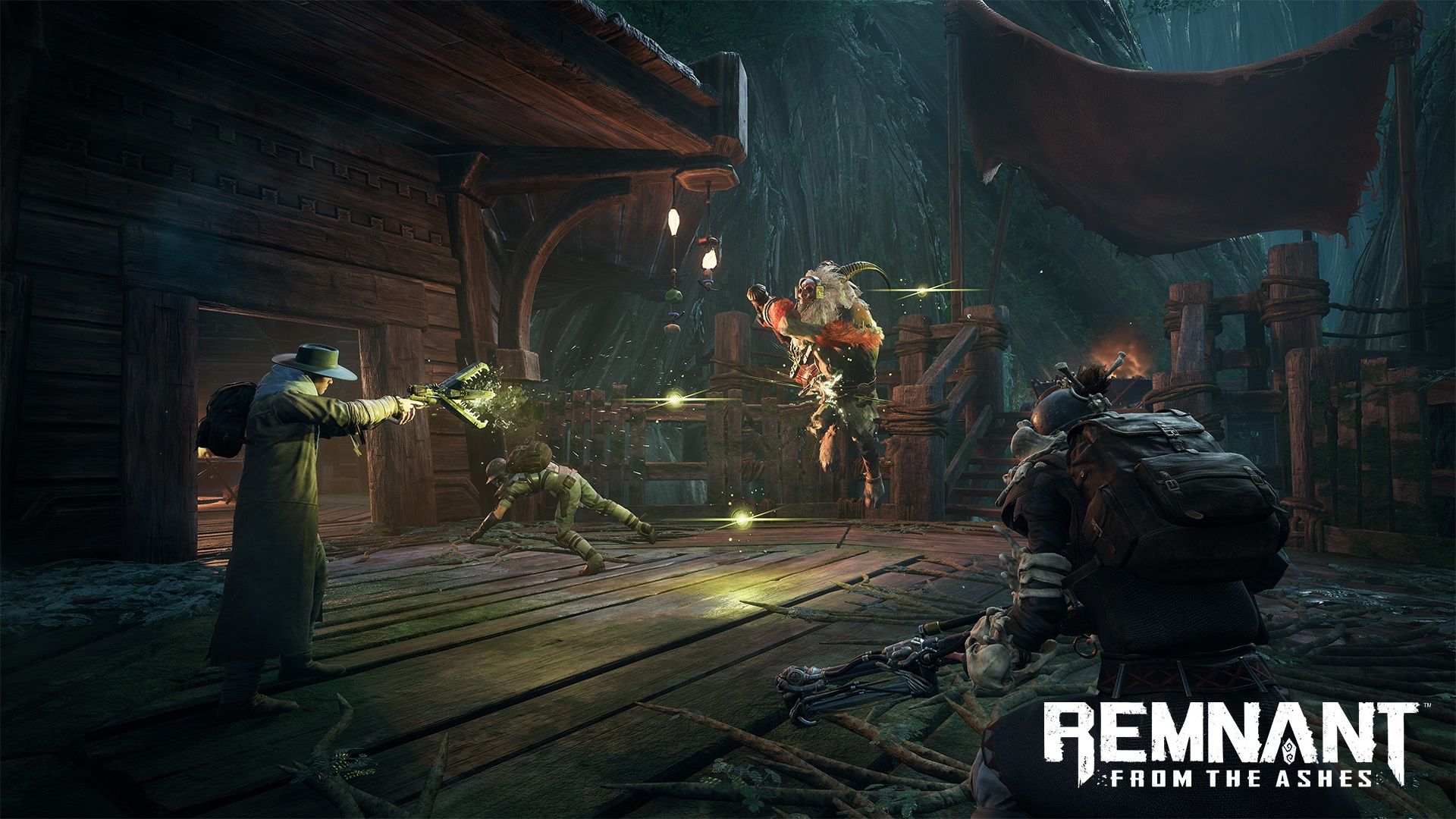 Although I did notice a lot of minor bugs throughout the game, the developers do listen to their community and release frequent patches. The game play experience doesn’t end here as they are rolling out more DLC in the future. The DLC is supposed to alleviate the tediousness of grinding through many NG+ in order to encounter the specific gear you may be trying to find. They have many ideas in the works, so be on the lookout for their future updates!

If you love shooters, co-op games, or even something fun and challenging, I’d recommend giving Remnant: From the Ashes a try. It’s well worth the money for hours of a fun game play experience that always changes no matter how many times you go through it. 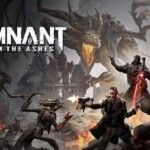 Growing up with a passion for gaming, Teresa has played many titles from many different genres on every gaming platform for both enjoyment as well as competitive spirit. She aspires to become a great doctor one day, however, the dream of becoming a Pokemon master and ranking at challenger elo in League of Legends will never die.