In 2014, Upper One Games released the first product of their ‘World Games’ series. This ambitious project would, according to their official site, “… draw fully upon the richness of unique cultures to create complex and fascinating game worlds…”. Never Alone does this project great justice, the developers having collaborated with Alaskan Native storytellers throughout production to bring to life the world and lore of the Iñupiat people.

The story begins with an eternal blizzard. Nuna, your character, leaves the village in hopes of discovering the source of the terrible wind and putting a stop to it. But before she can make it very far she is beset upon by a tenacious polar bear. Eventually, Nuna becomes trapped and her journey probably would have ended there if not for the valiant fox companion coming to the rescue. Here is where the game really starts. By having control of two different characters, both with different abilities, the gameplay becomes two-fold. You can alternate control between the two to solve different levels of puzzles and to help each other reach the next goal. Nuna uses her bola, a type of throwing weapon made of weights and cord, to hit enemies and break pieces of ice. The fox is a more spiritual creature who sees and directs friendly spirits to aid his and Nuna’s journey.

The spirit world plays an important part in Never Alone. As mentioned previously, the fox can reveal friendly spirits that will come to aid Nuna. Often, they benevolently help her and her companion to get across or on top of an otherwise impassable region. This is where the gameplay really begins to shine, as having two simultaneous characters really makes you pause to consider the next course of action and how to best use their abilities. 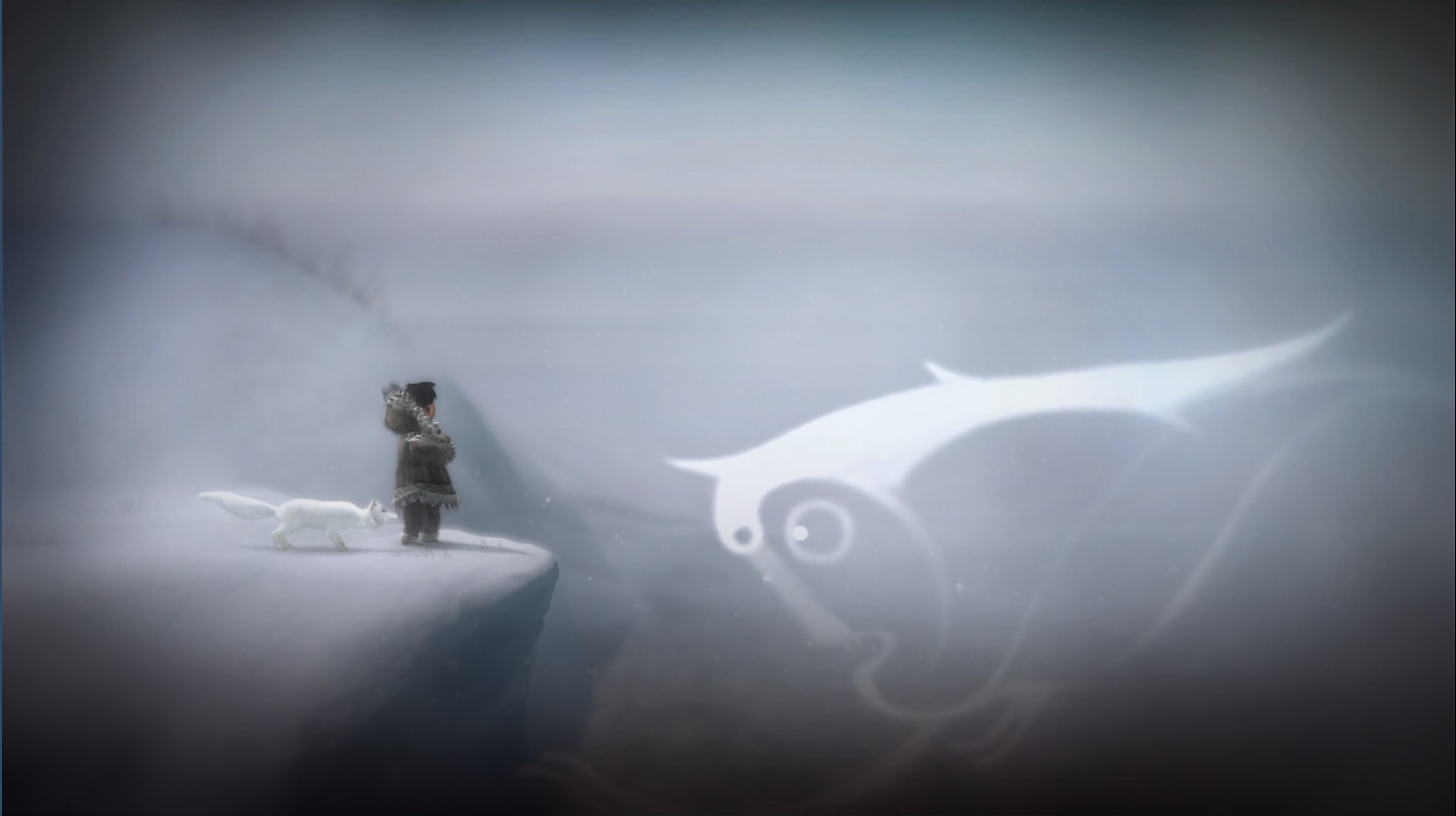 Never Alone has an amazing environment. The developers clearly put a lot of effort into bringing to life this northern, icy world. With the wind howling, snow blinding my screen I suddenly feel very cold. I almost worry for Nuna whose only defense against the elements is her tenacious nature and thick caribou parka. But she seems to hold fast, even after plunging into chilling water. At one point I could have sworn I could practically feel the texture of the fur through the screen.

However, occasionally the controls feel a little clunky. On one particular level, I needed to drag back a box that, when let go, would slide all the way back to the start. I needed to get both Nuna and the fox on top of the box to reach a ledge. It took many frustrating tries to get them both to jump in the right direction, at the right time, before the box would slide underneath the ledge. Or when playing single-player, I occasionally had whichever character I wasn’t controlling at the time, either fall off on their own or get hit by an incoming attacking without me being able to do anything.

The environment of Never Alone is both breathtaking and unpredictable, which adds a quite a bit more tension to the gameplay. In addition to having to jump across great chasms or dodge flaming fireballs, I have to watch the ice beneath my feet for fear it might crack open and send Nuna and her fox plunging into the icy water. I can’t just charge ahead without thinking. I often had to stop (though not too long) and observe the way the environment moved or was positioned. Patience and precision are key to overcoming the challenges of Never Alone’s level design. 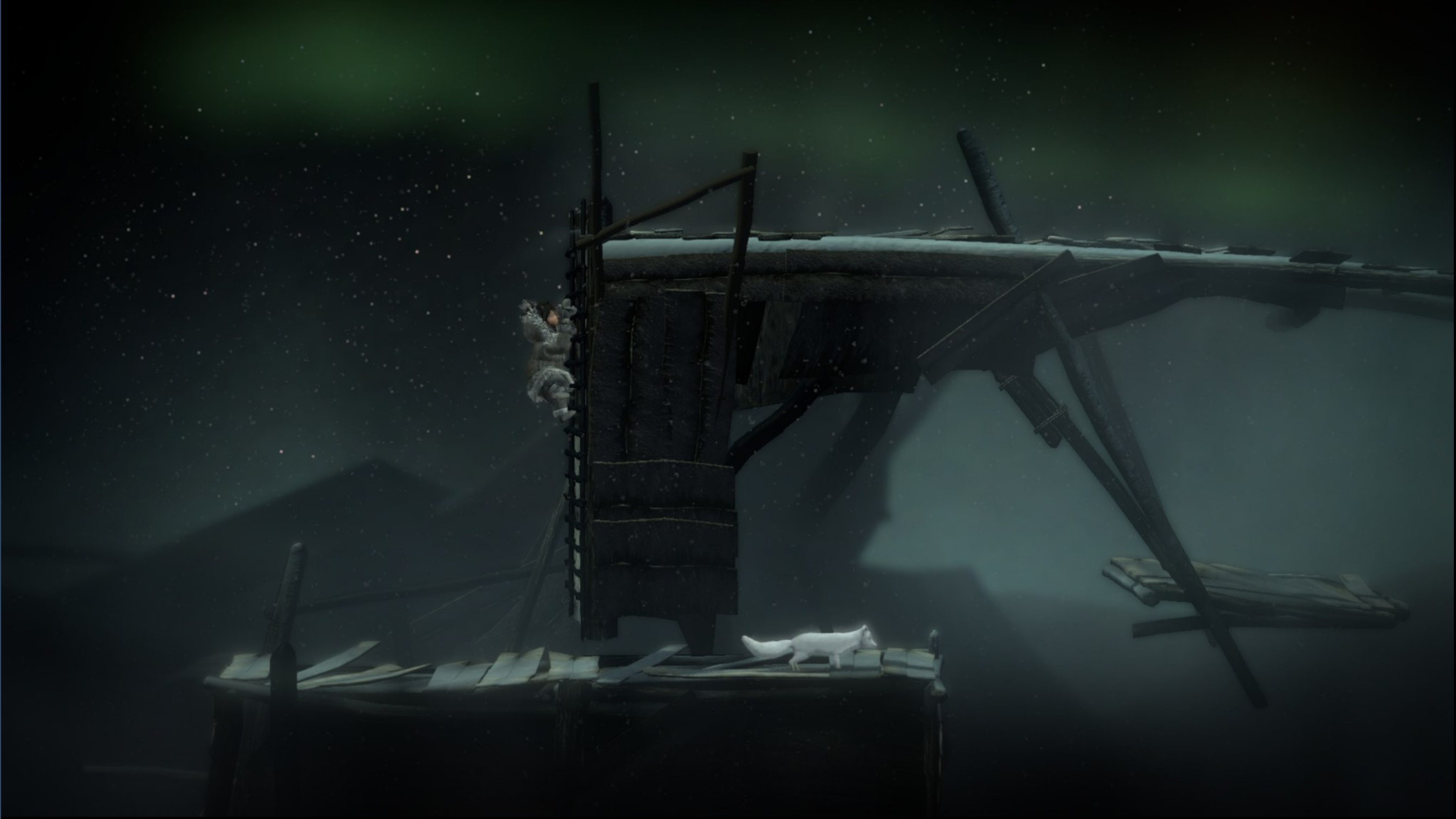 One of the aspects of the game that initially drew me to buy it was the attention and focus on the native culture the game is set in. Not only is the game fun and beautiful to look at, with the cleverly implemented ‘Cultural Insights’ there is a lot to learn. Throughout the game, you can come across these small owls that unlock a short video about an aspect of Iñupiat culture; often something related to a section or discovery in the game.

For example, after one particularity challenging level involving a lot of puzzling and aurora dodging, I unlocked Cultural Insight #17 – ‘Northern Lights’. Later in the game, following a particularly unexpected turn of events in the story, I collected Cultural Insight #20 – ‘Animal Spirits’. This clip is narrated by a gentleman called Angaluuk (Ishmael), who explains that in his culture it is taught that “…all animals have a human form or can be seen in a human form.”

While most of the collectable clips are easily found during the game as you progress through the story, some can be a little bit more challenging to discover. There are secret areas of the game that can only be accessed at a certain moment or through some extra backtracking and exploring. While the game is fun to go through once, I was reluctant to restart a level and re-do all the jumping puzzles, as after a point they can get a little tedious. So thankfully, Youtube can provide the missing videos. 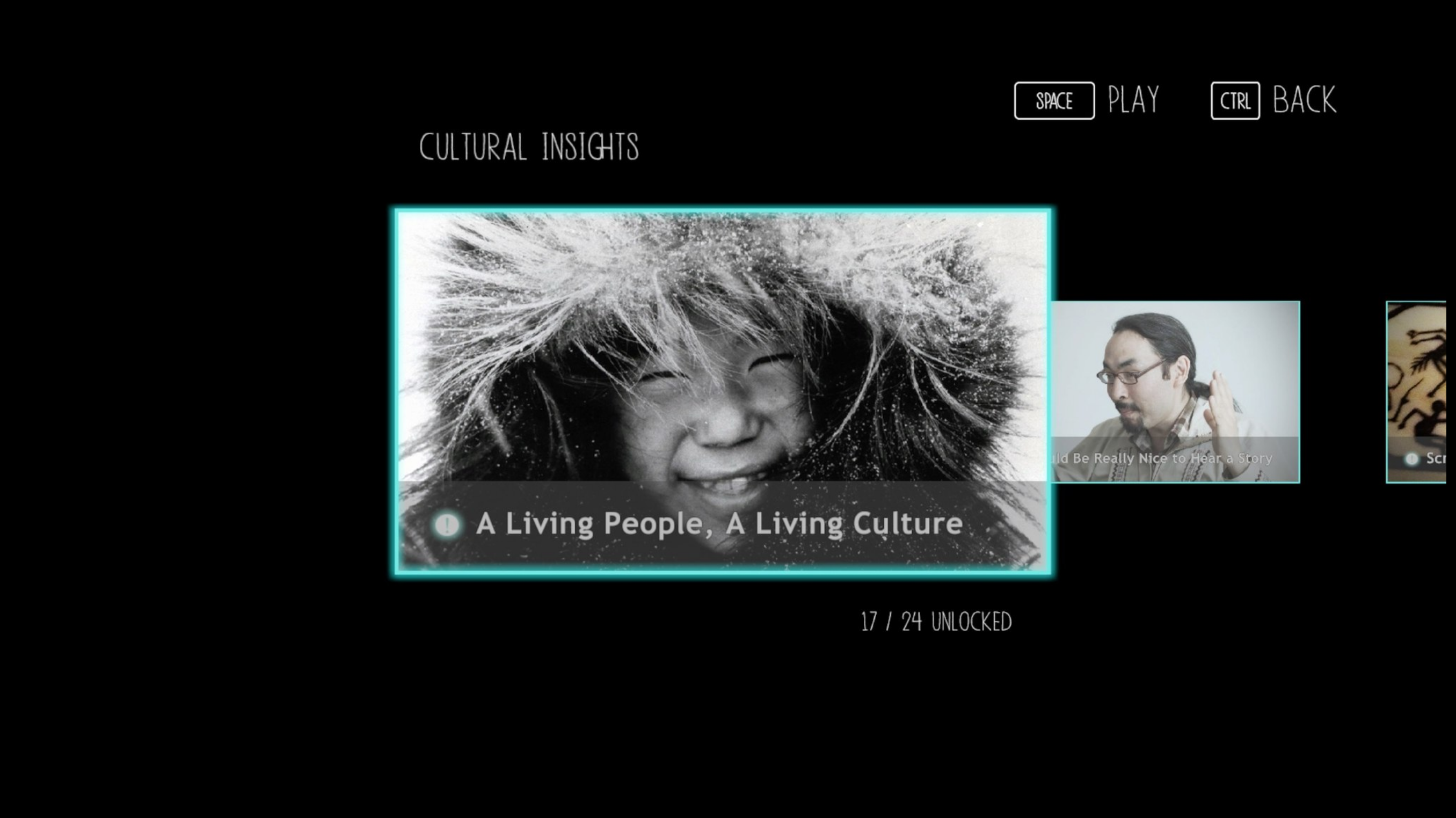 Never Alone is a great start to Upper One Games’ series of unique cultural games and really has me hopping they will continue on with this great project. The respect and attention present in this game, makes it a wonderful experience of discovery and learning. While some of the controls can be a little bit clunky, and my lack of skill in jumping puzzles made restarting levels a little challenging, the journey Never Alone takes you on is worth the frustration. 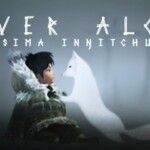 Titanfall 3 Is A No Go