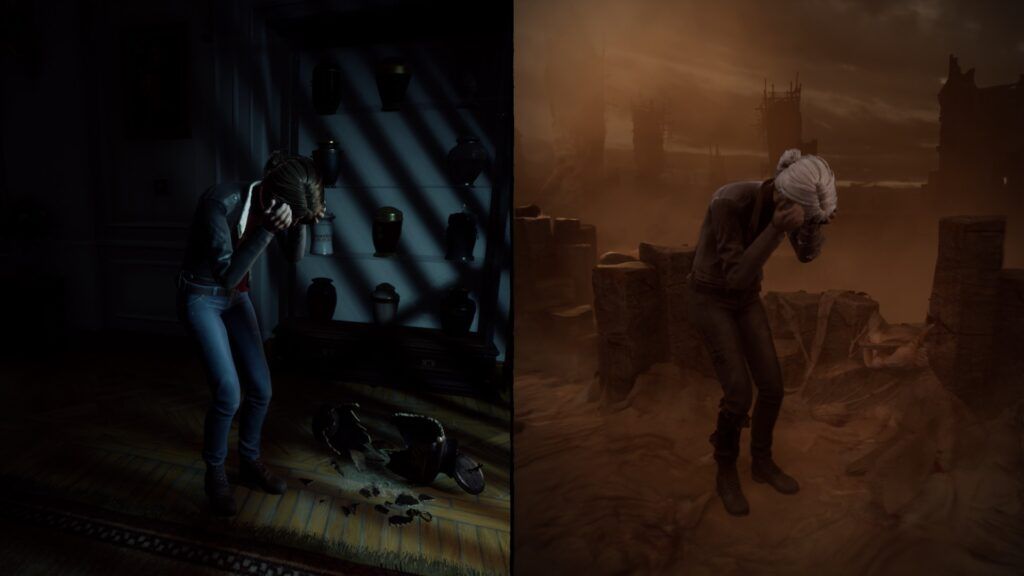 Bloober Team has a history of taking players to unforgettable nightmares with titles that build upon a foundation set my many great classics. The Medium breaks from this tradition by wanting to leave it’s own mark on the genre while taking players to a nightmare world. They have succeeded at doing both with this new icon of gaming horror.

The Medium invites horror fans to solve a mystery by exploring two worlds together while battling a sinister force. It has all the hallmarks of a solid psychological horror survival while keeping you on edge. It wants you to fall into a false sense of clam before reminding you of the nightmare you have embarked upon. 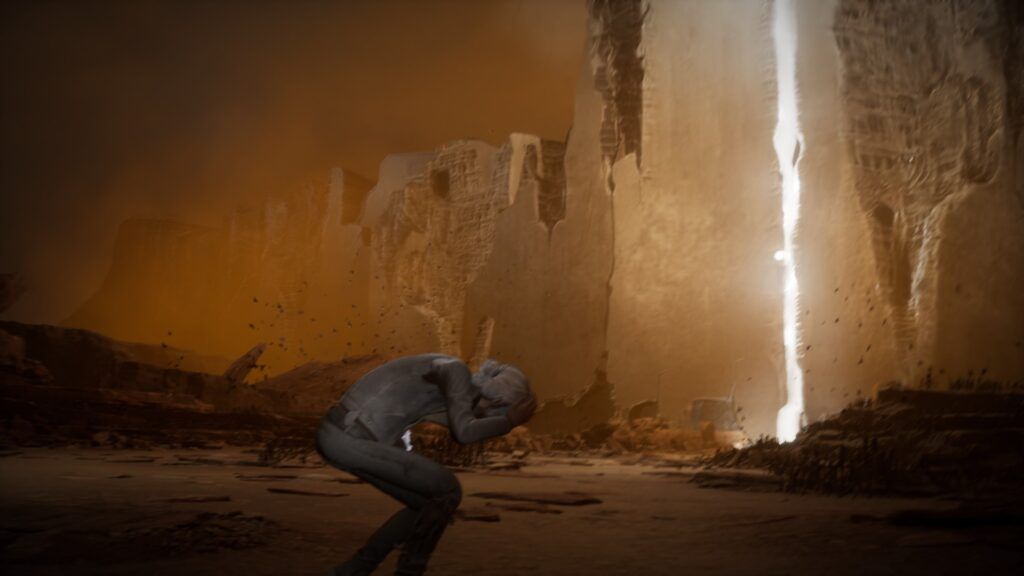 From Niwa With Love

The story follows of Marianne, a gifted medium living in post-communist Poland (circa late 1990’s). Following the death of her foster father, she is invited to the abandoned Niwa Workers’ Resort by a mysterious stranger. He claims to know about her background and powers while offering an explanation for everything. Upon her arrival to the resort, she senses an evil presence that haunts area. Players must explore the area and uncover its many secrets while learning the truth of who they are.

The Medium has all the defining elements of a classic horror game without the outdated functions. The reasons I enjoy classics like Silent Hill 3 or Fatal Frame can be found in this nightmare (while the dated gameplay designs are absent). From a narrative perspective, it properly introduces players to Marianne life along with the world she inhabits.

Its biggest selling point has been exploring two worlds at the same time. As a psychic-meduim, Marianne is able to explore our world and the spirit world at the same time. This allows for interesting puzzles to be solved and challenges that need to be resolved. The concept also brings a unique perspective as one will be amazed at the details of both worlds.

The game is always putting players in a false sense of comfort with its calm setting and detailed environment. It’s when one feels safe that the terror is unleashed (making the frights very rewarding). Even if one is on high alert, take the time admire the details of the world. The detailed level design makes you want to explore every corner (both in the real world and sprite world). Don’t worry about the scares at first, explore all the environment has to offer. 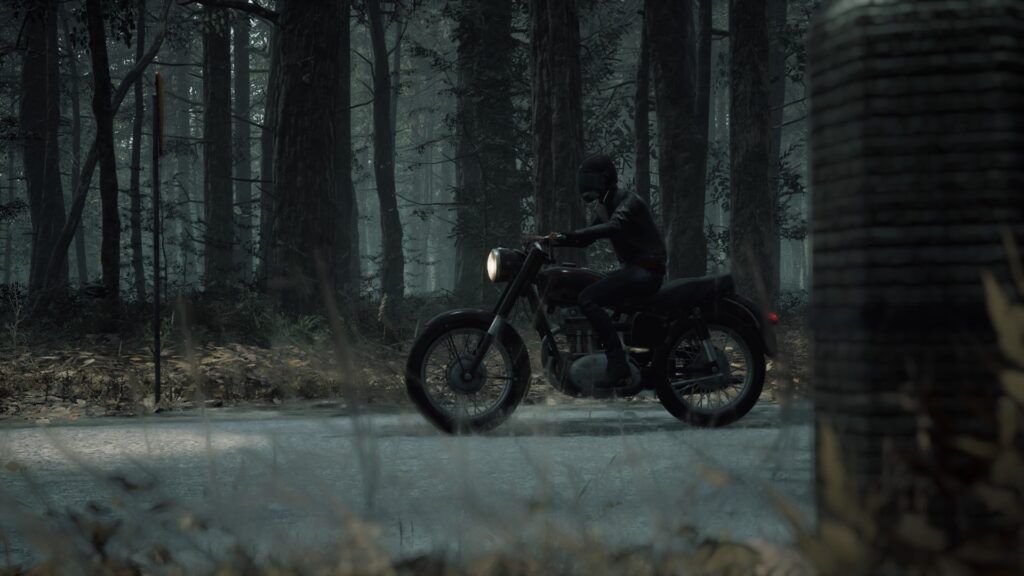 The Medium is masterpiece of horror but it also has some minor shortcomings. They are the control function and the voice acting doesn’t match the setting.

The most obvious problem is the janky control function. This seems to be a problem among many narrative driven games (good and bad). As a result you may be making numerous attempts to hover over any thing you’re trying to interact with. Compared to most games, it’s more polished but still has the same issues.

Another peeve has been the voice acting doesn’t match the world and there is no option to change it. The performance is not bad but it doesn’t match the setting. Had the game been set in the United States or Canada then the performance would not be an issue. Not helping is that there is no option to change it from English to Polish. In doing so, I feel some of the cultural context and world building is lost without the choice to change the spoken language. 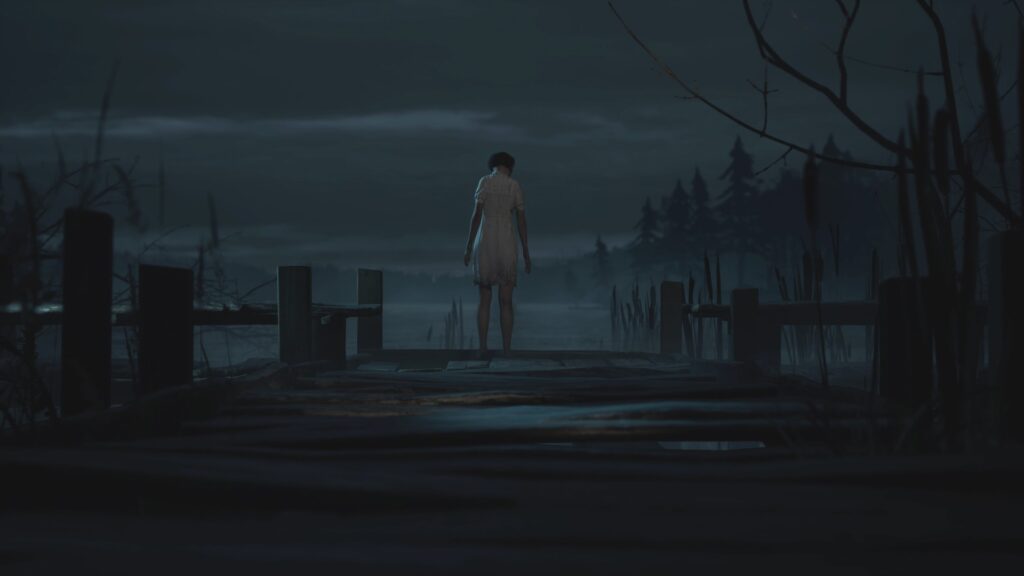 The Medium is a modern horror masterpiece that wants to take players to explore two nightmares at the same time. In doing so it brings a unique experience while building on the foundation established by the classics that came before it. This truly a great experience for fans of the horror genre.

Disclaimer: One PR provided the game used in this review. 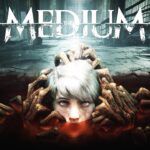 The Medium is a modern horror masterpiece that wants to take players to explore two nightmares at the same time.