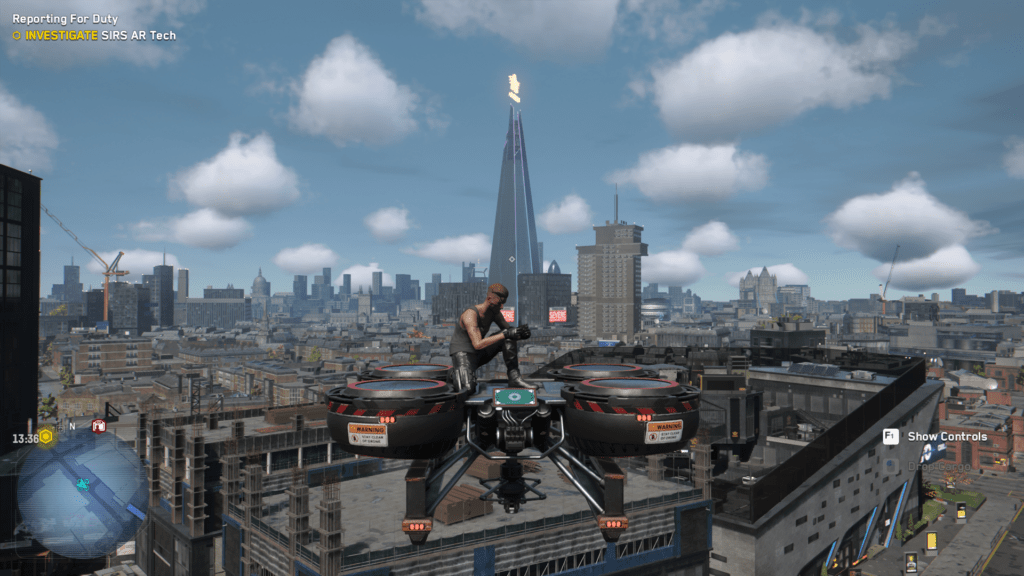 Watch_Dogs is a series that has come a long way. The first game had a good premise but a dull delivery. Watch_Dogs 2 was a major improvement in regards to story and gameplay (while allowing so many to enjoy a Silicon Valley revenge fantasy). Watch Dogs Legion is an over the top experience that is both an improvement along with a radical departure for the settings of its predecessors.

Watch Dogs Legion puts players in the role of average Londoners as they wage a cybernetic war to liberate their city. This army will come form all walks of life with one goal, to liberate their city. From overhauling the world to it’s random generated characters, this is truly a unique experience. Even if the first game left you disappointed, this entry is one that has removed any notion of being a “GTA clone”.

The Night Everything Changed

Legion takes players to a future London that is dominated by automation and intrusive surveillance (while also grounded in reality). A terrorist hacker cell launches a series of attacks in London and frames DedSec for the atrocities. In the aftermath, members of hacktivist group are hunted down while London becomes an authoritarian police state under the watch of Albion (a UK based PMC). Making matter worse is Clan Kelly (a criminal organization) using the current state of affairs to prey upon the vulnerable.

Several months later, Sabine Brandt (one of the last leaders of DedSec) gets into contact with a sympathizer. Together they work to reestablish the collective while also recruit new members who are sympathetic to their cause. They all must work to liberate London by crippling Albion and Clan Kelly while exposing the true masterminds of the terror attack. 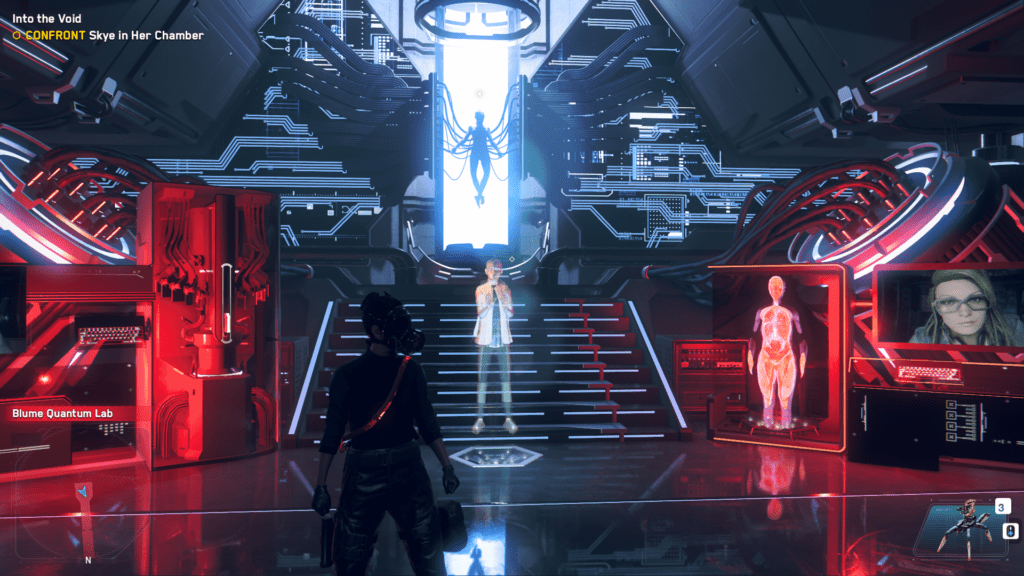 The first game puts you in the role of someone bland, the sequel gave us Marcus Holloway, this entry gives players a plethora of option. Not as in building a character but instead taking on the role of anyone that is recruited. It’s an interesting concept as you can recruit anyone of the streets of London to join DedSec (and I mean ANYONE!). Each character brings a unique set of skills that is either ideal for a situation or perfect based on ones play style. Plus each recruit will bring their own charming personality to the fight.

Just don’t expect anything deep from the plot. The story progresses like clockwork while the many twists are very predictable. Don’t expect to be shocked or surprised by what happens unexpectedly, you’re going to see it coming. While not awful in the delivery, I would advise not to make a drinking game out of its predictability.

Taking to the Streets

Watch Dogs Legion has the mixes the concept of a guerilla warfare game in a cyberpunk setting. DedSec is fighting to liberate London by inspiring the populous to take a stance. To do so requires crippling both parties by exposing their misdeeds while crippling their operations. This done by completing the main mission while also finding evidence and taking out their leaders. Once a district has been liberated, players gain access to information along with a unique character.

A new setting and conflict requires an overhaul of the gameplay. Unlike the previous game, there are no role playing mechanics. Each character will have their own skill while DedSec as a whole will have access to a set of gadgets and abilities. Players could use these new tools to avoid combat or cause mischief.

If you want to add an extra level of difficulty, play the game with permadeath. This presents a new set of challenges as it makes players be more cautious in their actions due to the risk of losing an operative. Playing with permadeath makes this a completely different experience that will put you on edge.

The one aspect that has seen the most improvement are the stealth mechanics and hand to hand combat. The stealth mechanics have been refined to allow players the option of easily navigating through an area while avoiding detection. If one has to get physical, the melee combat is one of the best I’ve experienced in such a game. 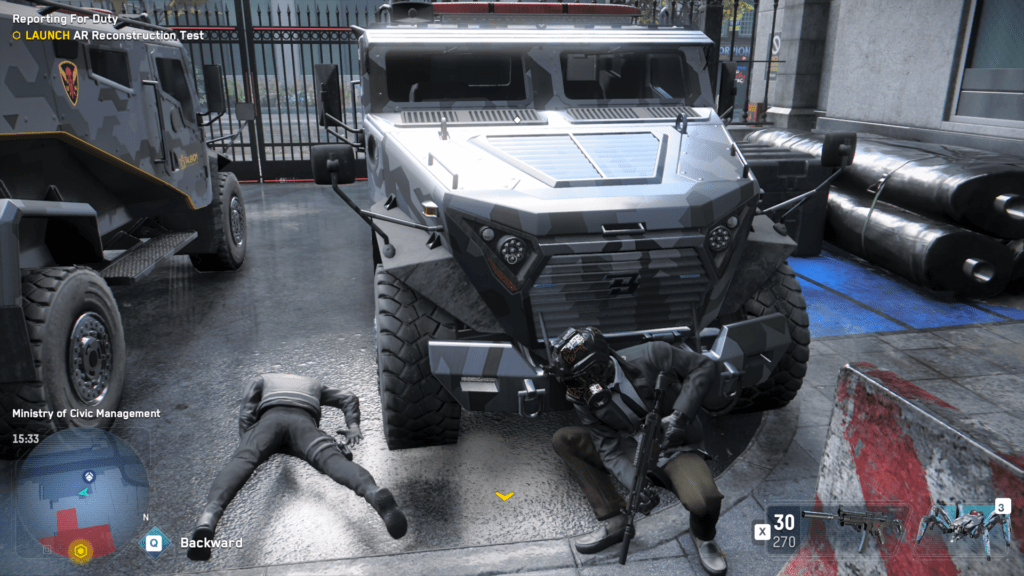 Watch Dogs Legion hits all the right marks when it comes to overhauling a series. Despite doing so much right, there are a few minor issues that hold it back from perfection. The most annoying issues are the uneventful driving and the repetitiveness of the recruiting missions.

Driving has never been a highlight of the series and this entry is no exception. It feels like nothing was done to improve the driving mechanics. Getting behind the wheel is the most uneventful part of the game. Most vehicles will hardly have a difference in regards to their performance (there are a few exceptions). Even having a car accident feels less like a crash and more like a bumper car ride.

Recruiting missions are one of my favorite moments of the game but it becomes repetitive too quickly. The missions come down to; rescue a players friend, download evidence, or hijack a van full of passports / organs (depending on the circumstance). Not helping is that you will be going to the same few spots regularly. It would have been better to have some more verity in regard to the tasks and locations.

But I Have No Fear

Watch Dogs Legion is an overhaul of the series that allows players to wage a guerrilla war in a cyberpunk setting. The concept was ambitious but it paid off with an unforgettable experience that is now the crowning achievement of the series.

Disclaimer: Ubisoft provided the game used in this review. 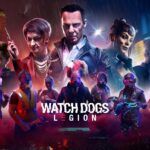 Game description : Watch Dogs Legion is an ambitious overhaul of the series that allows players to wage a guerrilla war in a cyberpunk setting.
Level Up Media