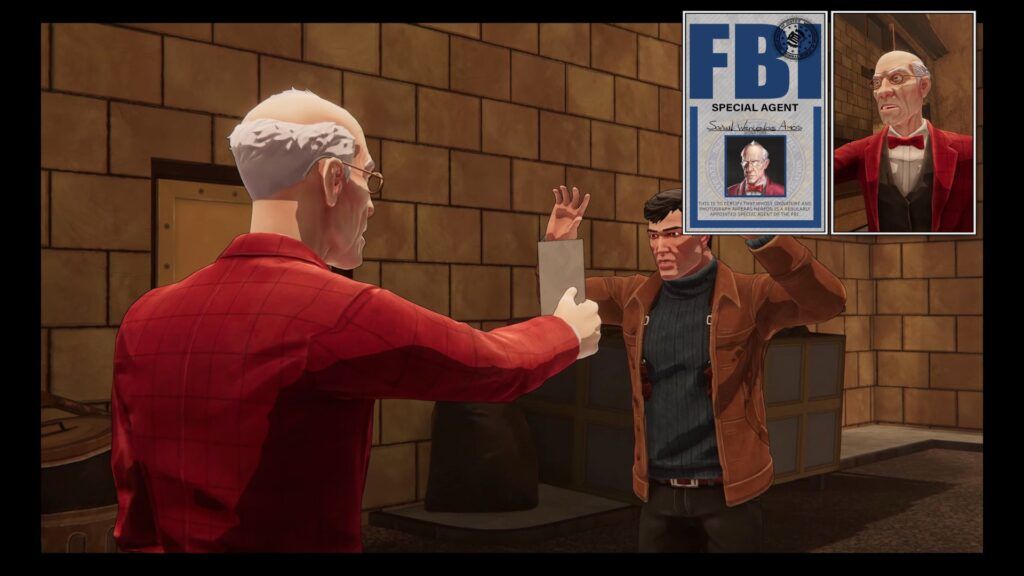 XIII is a remake of the comic book style shooter from 2003. The original was a visually impressive game that was overshadowed by a crowded release season. It was a modest success and has developed a cult following among retro gamers. This remake is a means to introduce it to a new generation (17 years after its original release).

It tries to be a faithful remake while also trying to update some of the gameplay. It restores and preserves so many of the games defining aspects. Some alterations have been made to make it a more contemporary shooter. Unfortunately, it also keeps some gameplay elements that have long become outdated. Making this a game that fixed what was not broken but ignoring what needed to be fixed. 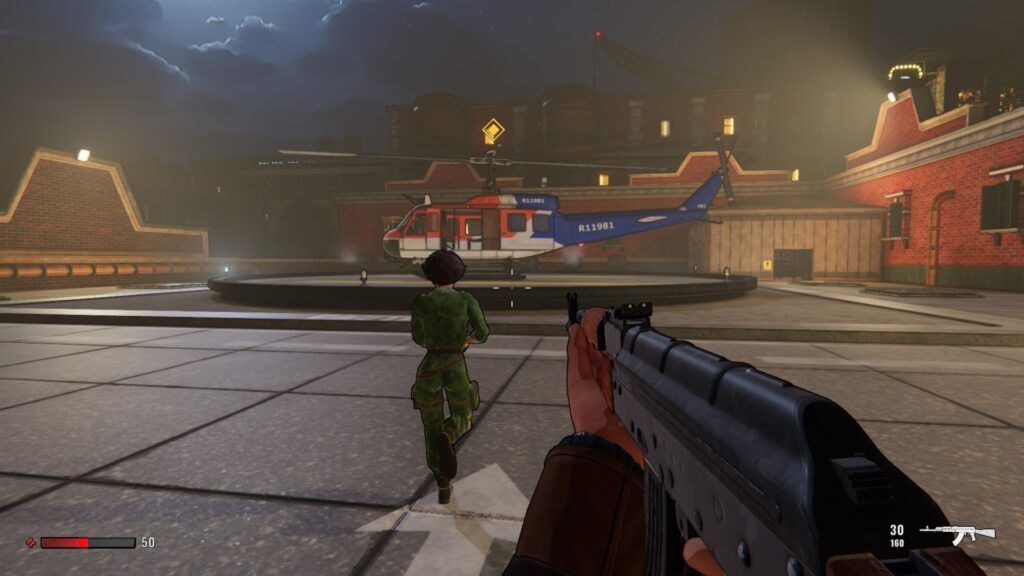 A Nation Under Siege

XIII is a video game adaptation of the first five volumes of the Belgian graphic novel of the same name. The story begins with a stranger waking up on a beach with no memory of his past. The only clue is a key to a bank depots box and a tattoo of the Roman numeral 13. Before having the chance to recover, he is ambushed by a squad of assassins. Making matters more complex when the FBI detains him for the assassination of President William Sheridan. Thanks to the help of Major Jones and General Carrington, he escapes and must work to take down a sinister conspiracy against the United States.

The remake does almost nothing in regards to tweaking or altering the plot. It’s basically the same as the original game. How faithful it’s to the source material is question I can’t answer. I’ve never read the comic nor did I ever watch the mini-series and TV show. I only played the video game adaptation. 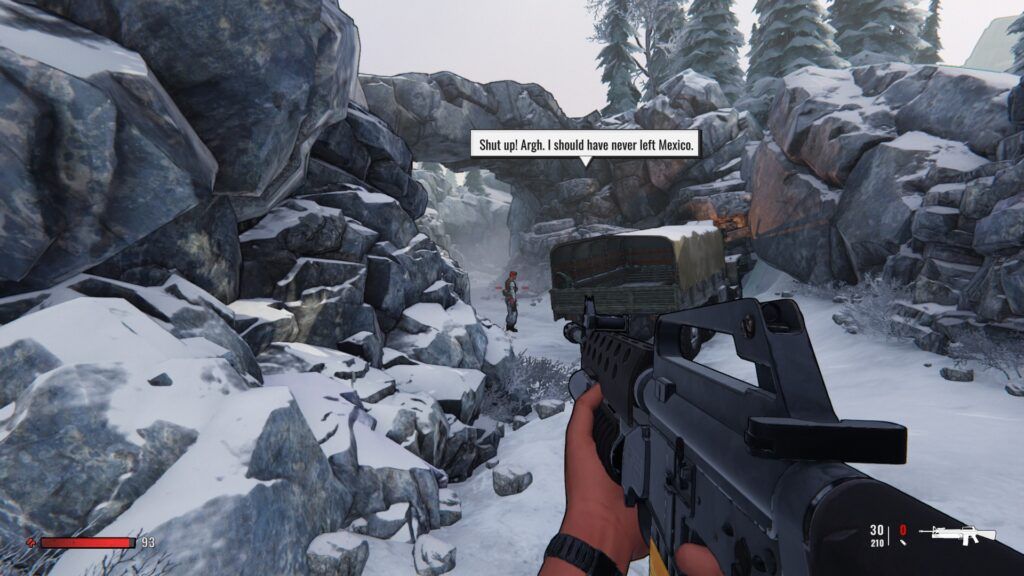 The original XIII was iconic for its visual design aesthetics and the remake continues that tradition. While the graphics have been updated (something I will talk about later), it still has all the hallmarks that make it feel like a comic book. Not just the cel-shaded graphics but all the effects and traits that are associated with comic books. This includes the speech bubbles along with the effect texts and the side panels. Just like the original, the XIII remake also has the tone of a comic book.

The gameplay mechanics have been slightly altered so that it can be experienced like a contemporary first-person shooter. The combat is more refined and the functions required to use stealth have been polished. At the same time, it does keep some of the classic elements just so players could have a more retro experience.

The original had a stellar cast and fans will be delighted to learn their performance has been reused. The remake once again feature the performances of David Duchovny as Steve Rowland, Eve as Major Jones and the late Adam West as General Carrington. Given the games theme and story, Duchovny was the right actor for the lead role (since The X-Files was still fresh in everyone’s mind). 17 years later and his performance still holds up. Eve was a major rapper at the time and this game allowed her to showcase her talent as a voice performer. 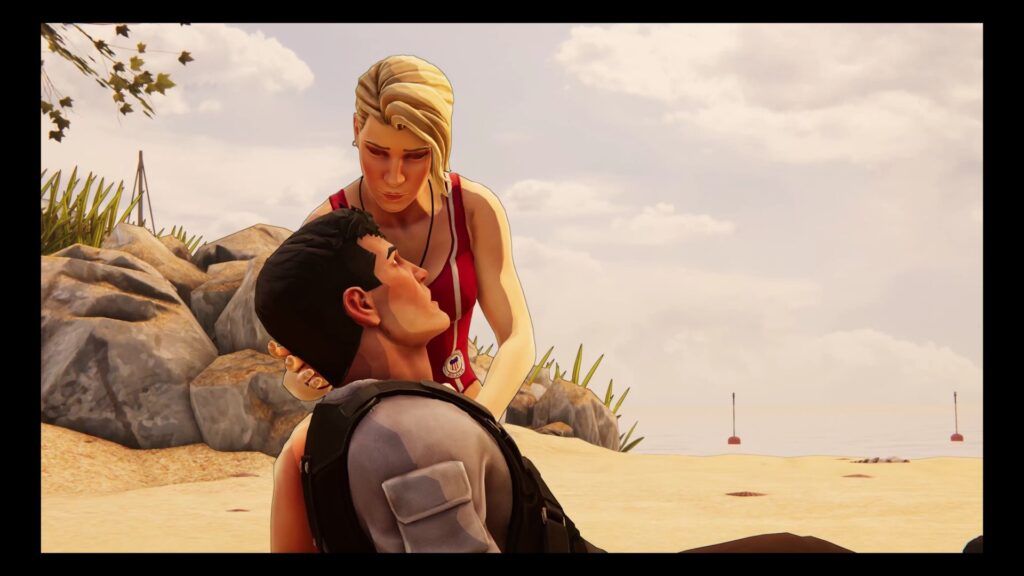 For everything the XIII remake did right, it ends up also fumbling on other aspects of the experience. Key among these are most of the comic book elements have been scaled back while it keeps some of the outdated aspects.

I liked how the remake kept the comic book elements but it looks scaled back compared to the original. The original help pave the way for cel-shaded graphics in a mature game. The remake doesn’t seem to fully embrace this art style and instead tries to add a sense of something more familiar. It has all the staples of a comic book but it holds back when compared to the original. Or to simplify it, the games aesthetics are more like Fortnite than Borderlands.

The remake also has a series of issues that comes down to one factor, failing to abandon some dated aspects. The first to be noticed is a lack of rag doll physics (which has become a staple in the genre). NPC’s don’t seem to react to the sight of a body. Escort missions seem to have that classical setup of a dumb AI running around the map. There is just way too much list but you get the idea.

Finally there are the janky control layout and sluggish combat. It’s not an issue when using a mouse and keyboard. When using a console controller (something I prefer) the choices in button layout makes no sense (especially by the standards of today). The combat also feels sluggish at times due to poor hit detection and the weapons lacking any feel of power. 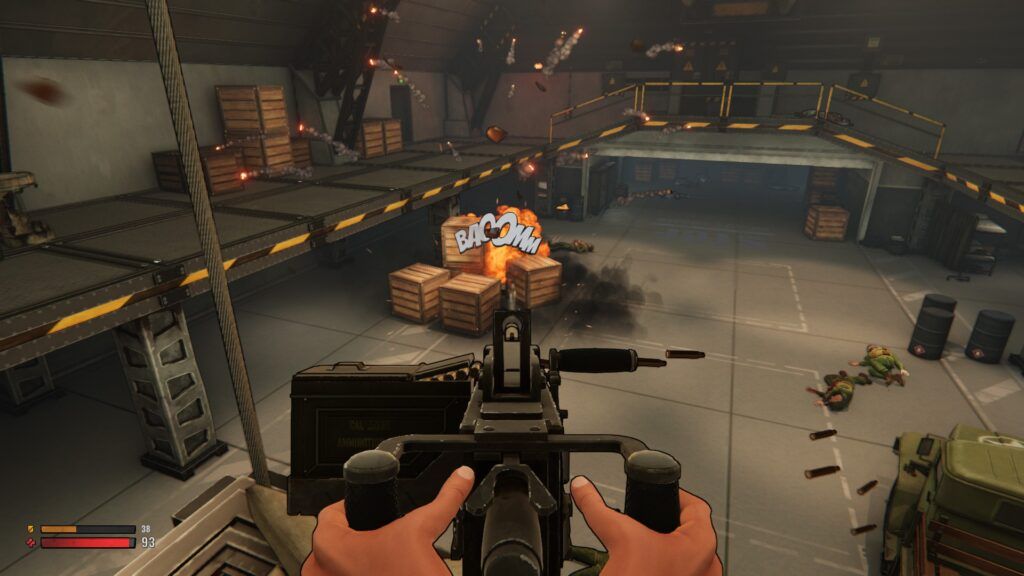 Overall, it feels like the remake was banking too much on the nostalgia factor without taking into consideration what made it a cult classic. XIII is not the worst remake but it has a lot to teach when it comes to mistakes that need to be avoided.

The XIII remake attempts to give new life to a cult classic but it fixed what was not broken while ignoring what needed to be fixed. It updates all the wrong elements while leaving in some of the outdated aspects. It’s still fun but so much could have been done better.

Disclaimer: Microids provided the game used for this review. 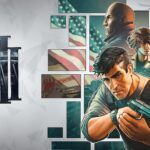 The XIII remake attempts to give new life to a cult classic but it fixed what was not broken while ignoring what needed to be fixed.