When Nintendo announced last year that Animal Crossing: New Horizons was delayed until March 2020, fans—who had been clamoring for a Switch iteration of the cult franchise since practically day one—were understandably disappointed.

Now, with the dreaded COVID-19 pandemic leaving no corner of the world untouched, shuttering businesses and compelling millions to lock themselves in their homes for weeks—or even months—at a time, it‘s clear that the game’s launch could not have been better timed.

Several reviews of the game mention how the game arrived at precisely the time in which the world most needed it. As the highly contagious and lethal coronavirus ravages the globe, the need for a collective escape to a simpler realm free of conflict, disease, worry, and death hasn’t been so acute in recent memory.

If you’ve played any Animal Crossing game, you know how soothing and relaxing it is to disappear into your little animal-filled village for 20 minutes (or 2 hours) to fish, plant flowers, and arrange furniture (and if you haven’t, this may well be the best possible time to introduce yourself to these little slices of heaven on earth).

I’ve long maintained that video games have significant therapeutic applications, some more than most (the game I cite most as an example is Breath of the Wild). Animal Crossing: New Horizons certainly qualifies, but why is it so soothing, so calming, so “zen,” in a way that many other games aren’t? 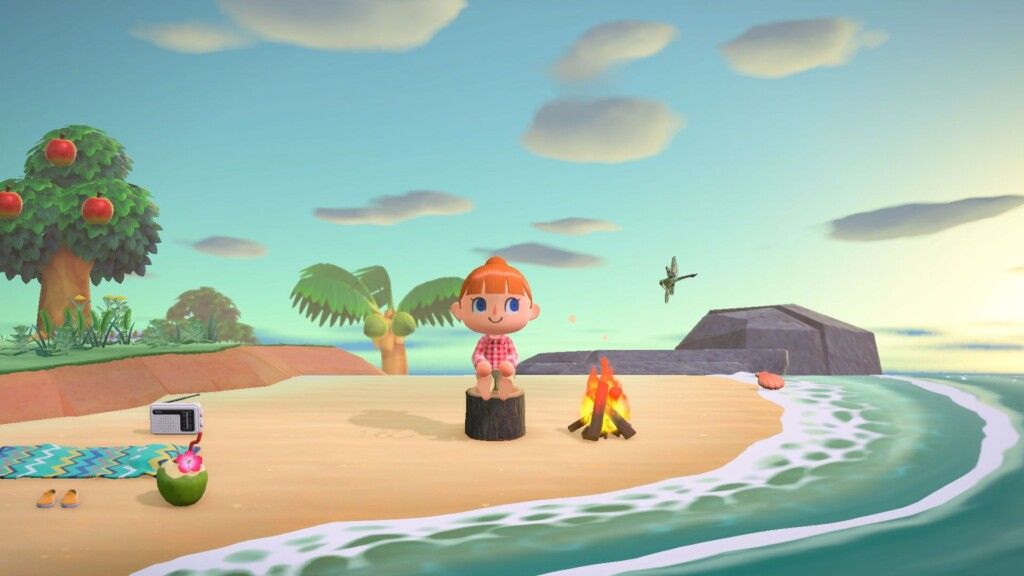 Animal Crossing: New Horizons is a game that was designed, from the very first pixel, to be a calm and easygoing experience. Visually, the color palette is bright, emphasizing lush, green grass and deep blue seas. The NPCs are cutesy animals—and a quick perusal through YouTube or Instagram will show you how exactly how much people love cute animals (spoiler alert: a lot).

Conceptually, it’s about living a simple village life, away from the stress and existential poverty of modern life. In terms of gameplay, Animal Crossing: New Horizons has no combat, platforming, or puzzles. It has no story, no endgame, no overarching quest, no major obstacles, and no enemies or environmental hazards. Tasks generally involve collecting and building stuff, and there are no fail states (ie, “dying” or getting a game over).

All this leads to a game that removes the tension of potentially losing, dying, or otherwise failing and instead revolves around collecting bugs, fishing, picking fruit, crating tools, building and decorating your home, inviting your (IRL) friends to visit your island… or whatever else you wish to do with your time on the island. This freedom, combined with the simplicity of the virtual life you’re living—not to mention the sweet, sweet dopamine hits that come from nabbing a big fish or digging up a fossil—leads to time spent not worrying about the bills, politics, or pandemics out in the real world, but rather sitting by bonfires and tending to flower gardens.

It is, for all intents and purposes, a digital chill pill. And very much so by design.

Stop and Pick the Roses 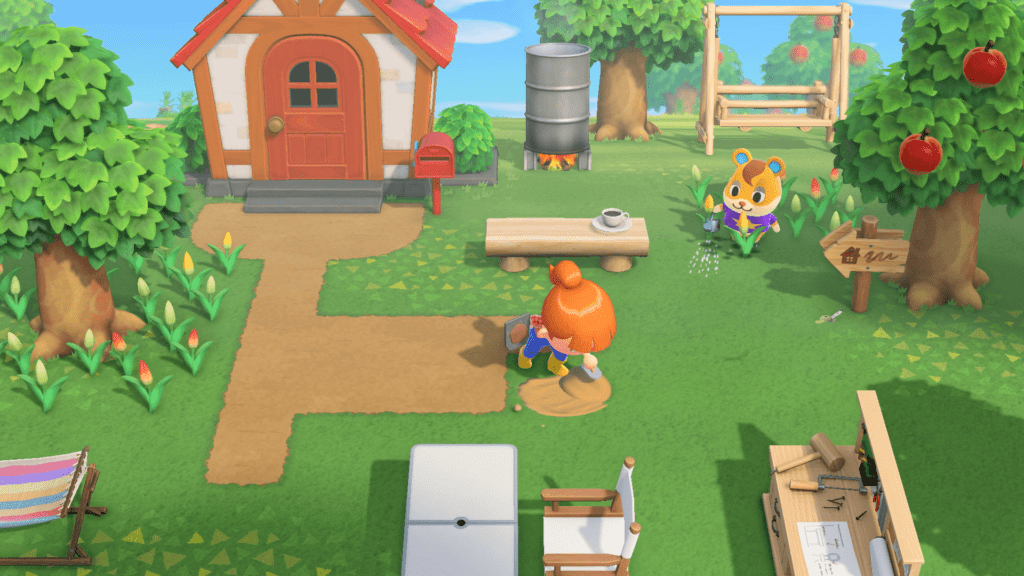 Perhaps the Animal Crossing games’ most impactful design decision was to have the games run in real-time. As in, “real world” time. If it’s 11:00 a.m. on March 23 in real life, then it’s also 11:00 a.m. on March 23 in the game. This has been a core mechanic of Animal Crossing games ever since the very first iteration, which released in 2001 for the GameCube.

It’s hard to overstate how profoundly this shapes the gameplay in Animal Crossing games, including New Horizons. First, since certain critters and items are only available during certain times of the day or days of the year, and certain things will change with the seasons—like snow falling in the winter)—the game encourages you to frequently check-in, day-in and day-out, over months and even years.

It also means you can’t rush this game. If you play for an hour at a time, you’ll most likely exhaust your island’s resources (fruit, wood, ore) for the day, and will need to wait until the next calendar day for them to replenish. Upgrades and new buildings usually take at least a day to complete. And parts of the game are revealed to you on a slow drip, after a few days of checking in. There are no microtransactions to speed things up here—the game forces you to slow down and take things easy.

As a result, Animal Crossing: New Leaf is an excellent reminder of the value of patience, and of slowing down to savor each moment. Those trees aren’t going anywhere. Why not take some time to design a new shirt pattern, or re-arrange your furniture while you wait? This game, and the slow deliberateness it encourages, is the perfect antidote to this hyper-busy, frenetically-paced, and anxiety-laden society we live in. 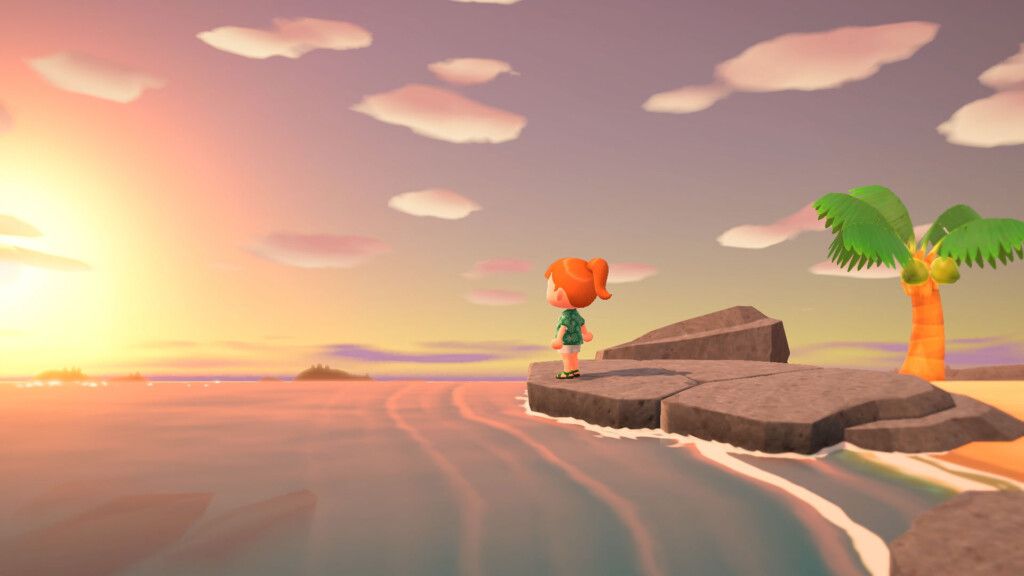 Let me tell you about a psychological concept called “environmental presence.” To simplify somewhat, it’s a state in which virtual settings and objects are experienced as actual settings and objects. This means that immersive virtual worlds are akin to actually going outside, to the point where video games can work (though not always) as acceptable facsimiles to going out and taking a walk—particularly for people with limited mobility, such as people with certain physical disabilities, those who are hospitalized or bedridden, or… wait for it… those under self-quarantine.

Why is this the case? As I’ve previously mentioned regarding Breath of the Wild, our neurons “mirror” what we see and hear, essentially convincing our brains that we are actually experiencing what we’re seeing or hearing about. This is why stories are so powerful—thanks to these “mirror neurons,” when we listen to or read a story, we identify with the protagonists, and their struggles become ours. It is the process from which empathy is born.

Likewise, when we watch a movie, we are transported into the movie’s world and, in a way, “become one” with the protagonists. In our minds, our world mirrors their world, and our actions mirror their actions. Our mirror neurons respond similarly to video games, only on a much more powerful level due to gaming’s interactive nature.

So when our mirror neurons fire up when playing Animal Crossing: New Horizons, our minds really are transporting us to a tranquil desert island, where the biggest decision we are faced with is which chair to place next to the new table.

Oh, and our neurons also mirror the anxiety-busting gameplay elements mentioned above. Is it any wonder so many people find the game so relaxing and soothing? 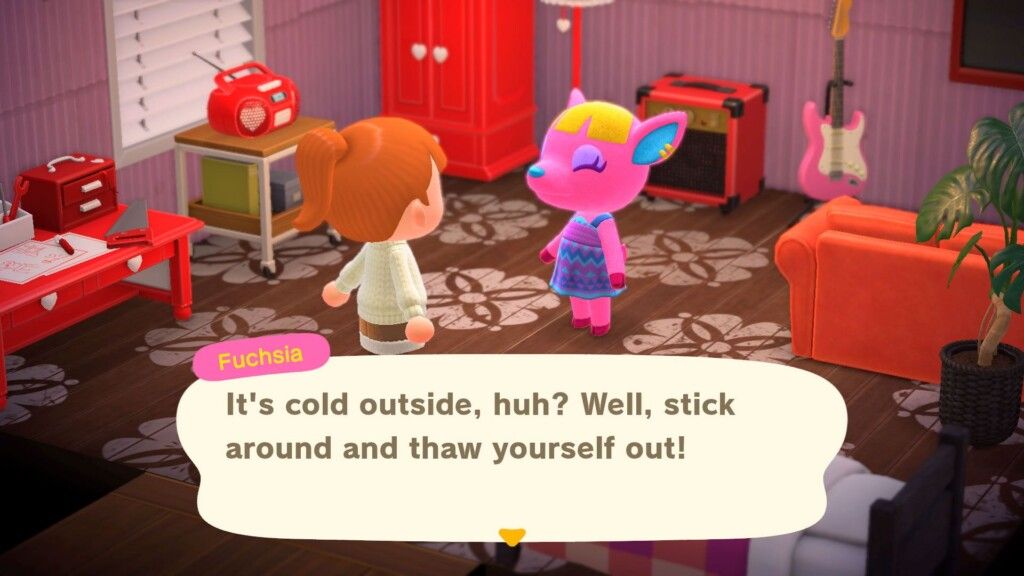 People worldwide have found innovative ways to connect and socialize with others while under self-quarantine, such as throwing virtual parties or singing from their balconies. But Animal Crossing: New Horizons offers another option: you can invite your friends to visit your island, and you can visit your friends’ islands. The game does a great job of simulating the thrill of landing at the airport of a faraway, tropical paradise, and it’s fun to run around with your buds mining rocks, fishing carp, and chopping wood.

Furthermore, unlike most Nintendo online offerings, Animal Crossing: New Horizons allows actual chat—meaning, you type in words and can send them to your friends. This can get cumbersome, however, if you’re playing in docked mode instead of on handheld mode (which gives you the option of typing with the touchscreen). Often, it’s easier to simply chat via text, Discord, or FaceTime. But there’s something neat about it being baked into the game.

It’s fairly cumbersome and unintuitive to actually add friends in Animal Crossing: New Horizons. But once you’ve added them, it’s actually remarkably easy to invite people back to visit (well… easy for Nintendo Online, anyway). So take advantage of the opportunities for connection that this game offers—after all, why enjoy island life alone when you can do so with friends?

The World Is Your Island 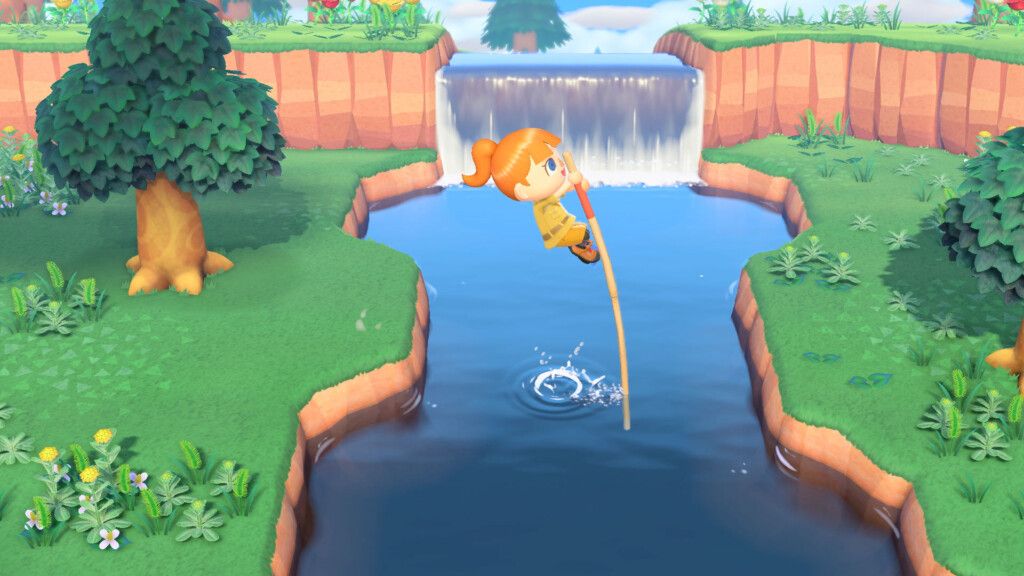 As the COVID-19 pandemic drags on, a lot of people will find out just how much relief a simple video game can provide from the isolation, loneliness, and stir-craziness that comes with prolonged self-quarantining. Then maybe—just maybe—video games will edge a bit closer to being taken seriously as tools for therapy (as opposed to something you’d use therapy to “cure”).

Whether you’re skeptical about gaming’s therapeutic potential or are simply getting cabin fever and want something that’ll stave off the slow, insidious onset of insanity, there’s never been a better time to pick up a controller and discover for yourself.

After all, we’ve all got a lot of time on our hands—why not spend it having fun and feeling good on our own little islands? I’ll be on mine—so come join me! Just DM me on Twitter for my Dodo Code (I got cherries!).

Jay Rooney is an editor at Level Up Media, as well as a writer and communications professional based in the Bay Area. He enjoys RPGs, adventure games, and platformers, his all-time favorites being the MOTHER series, Super Mario Odyssey, Grim Fandango, and every Legend of Zelda game.

Disclaimer: This game was reviewed using the author’s own copy. 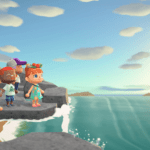 One Punch Man: A Hero Nobody Knows (PS4)