Poison Control is an original experience that brings a new twist on numerous genres and all the hallmarks of an anime style game. At first glance, it looks like a colorful anime style game that embraces all the tropes of the medium. It’s only after playing it that one will realize it has so much more to offer. Don’t worry, it still has everything you were expecting.

This is an off-beat experience that takes players through the many layers of Hell. Along the way, players will meet some interesting characters while also digging into the toxic desires of each soul. Thankfully, it will not be a dark odyssey all because of the upbeat and colorful environment. 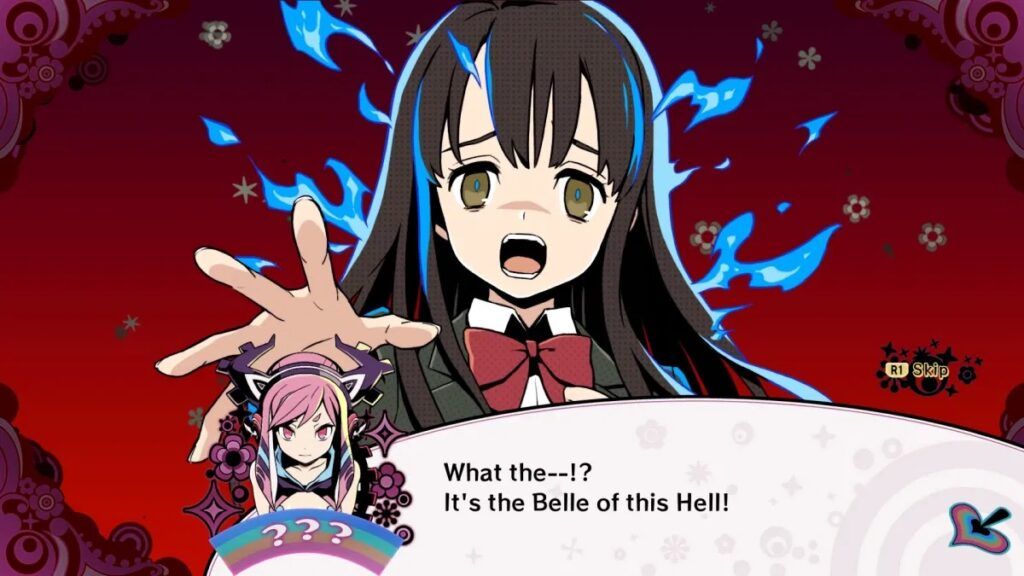 Poison Control introduces players to a realm that has been corrupted and infested with the toxic desires of the living. To escape from this world, players must work with Poisonette (by sharing a body) to cleanse the underworld. The task will not be easy as the desire has manifested into toxic and creatures called Kleshas. At the same time, both characters want to find a way to escape this hell and return to the mortal world.

From a narrative perspective; Poison Control has a solid story to tell and it wants players to dig into it. While purging the bells; you will learn about each person’s backstory. It’s not all sad and gloom as some have an interesting passion that has manifested into a toxic desire. Adding to the narrative experience will be how the players builds their relationship with Poisonette. 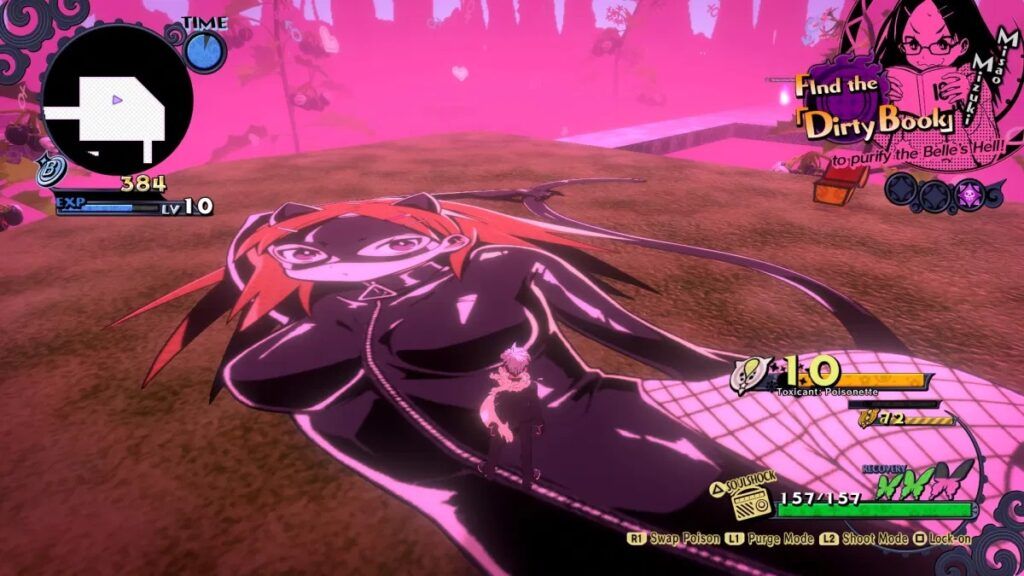 My Muse Demands It

Two things got my attention when I first saw the trailer (besides the anime style), the colorful world and the killer sound track. Both of these elements make each journey through hell a more upbeat experiences. While each level has a minimalist design, the simple use of bright colors gives it a cheerful demeanor. Helping to create the upbeat atmosphere is the games soundtrack that knows how to set the mood.

The gameplay is a third-person shooter with elements of an RPG (but with a minor deviation from the norm). Players will work with Poisonette to purge the many bells of Hell. by using her to clean the toxic puddles in each section of a level. The player will also use poison pellets to battle the Kleshas. At the same time; they will learn about each individual while also growing their relationship (doing so will also allow the player to level up their skills).

Finally; one can’t over look the many anime tropes and nods to other NIS games. Since this is an anime style game, there are plenty of tropes from the medium. Also, do expect to see a lot of Prinnies at some point (because it’s not a NIS game without the Prinnies dood). 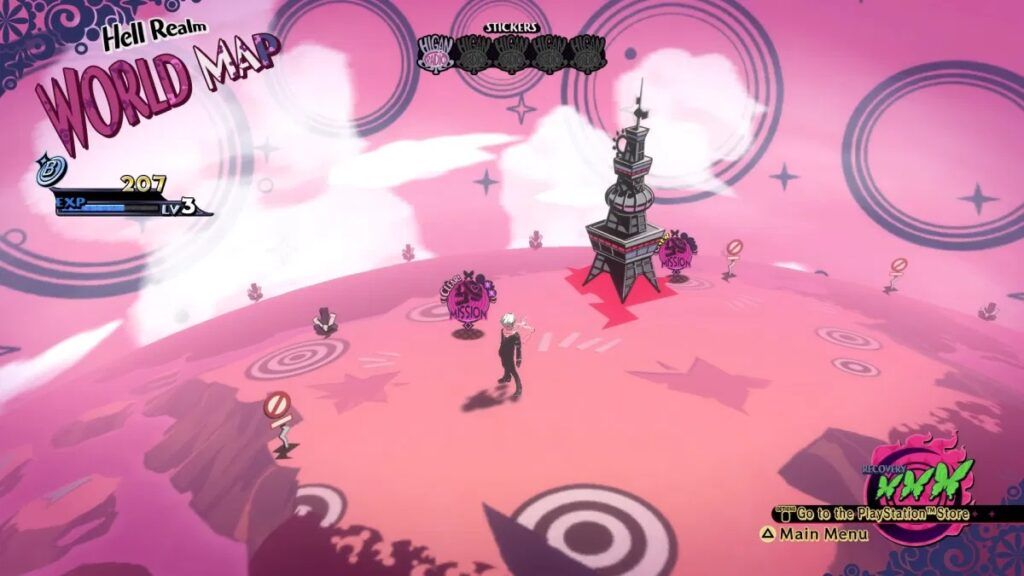 What The Heck is This!

Poison Control for the PS4 hits all the right marks from a narrative and gameplay perspective. It does fumble in regards to some minor issues.

While the gameplay is unique and easy to learn, it does get janky when there are too many enemies onscreen. I had no problem with a few enemies on-screen. It becomes an annoyance when there are five or more and they are coming right at you (especially since the combat is limited to only close quarters). While not too big of an issue, more time could have been put into smoothing this problem. 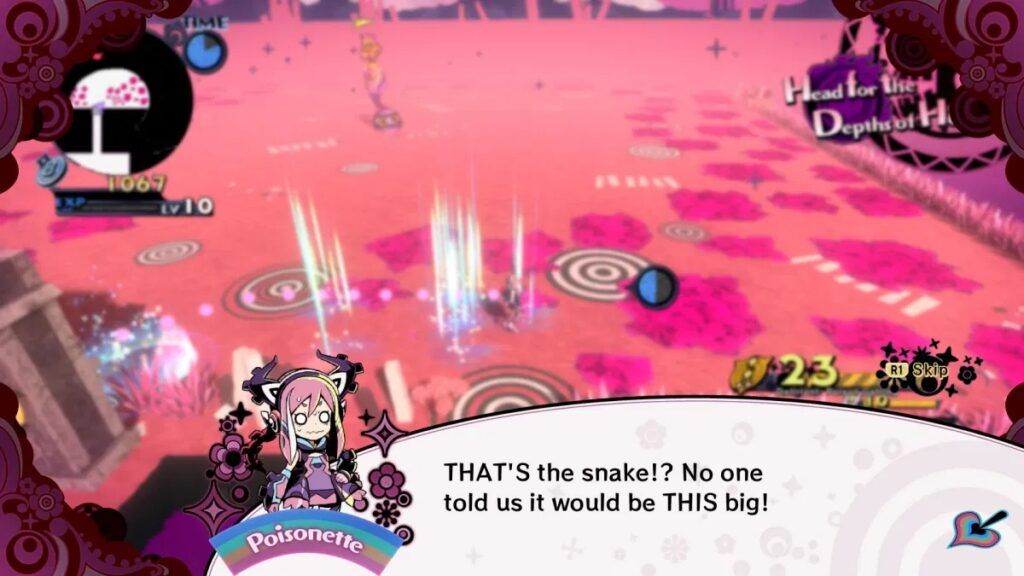 I’ve Made My Choice

Poison Control for the PS4 is an off-beat experience that takes players through the many layers of an anime inspired underworld. It has a solid story to share through the many upbeat circles of hell. It has some shortcomings but they will not hamper the experience too much.

Disclaimer: NIS America provided the game used in this review. 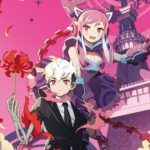 Poison Control for the PS4 is an off-beat experience that takes players through the many layers of an anime inspired underworld.