Cyber Shadow is a retro-style action platformer in which you play as Shadow, a silent blade-wielding cyborg imbued with the spiritual energy granted to those who follow the Eternal Dragon. Seeking the Master of his ninja clan, Shadow fights his way through a cyberpunk world of machines powered by the spiritual energy of his fallen comrades, siphoned from them by Dr. Progen, a mad scientist and the father of the Master.

While the environment design of Cyber Shadow has strong narrative value, whenever the game attempts to tell story through dialogue and cutscenes, it mostly fails at drawing the player in. There simply isn’t enough personality to the game’s characters.

Most of the story’s exposition is laid out in rather straightforward dialogue lines. For example, there’s one level in which Shadow is controlling a sentient mecha-suit. At one point, you will suddenly lose control of the character as a dialogue box pops up on the screen. The mecha-suit notifies you that wearing it is beginning to cause you “too much spiritual strain,” meaning that you won’t be able to ride for much longer.

It would have been much more natural-feeling if the game had depleted the spirit points bar (which already exists in-game) as a visible indication of the Shadow’s fatigue, instead of explaining the problem through an awkward dialogue line. Without showing that wearing the mecha-suit is draining Shadow’s energy, it seems like the dialogue line is just a convenient and unconvincing way for the game developer to say, “Play-time in the mecha-suit is over. It’s time for something different now.”

Cyber Shadow takes its role as a spiritual successor to games like Ninja Gaiden and Shatterhand very seriously and does a wonderful job of capturing the essence of these games. In the process, it took along one or two frustrating game elements from Ninja Gaiden that it would have been better off leaving in the past.

To talk about these elements, I’m going to use the term “pain point.” A pain point is anything that makes a game frustrating to play. Read Josh Bycer’s blog here to get a better understanding of what a pain point is. Another term I’ll be using is “difficulty spike.” That’s when one part of a game is suddenly more difficult than its other parts.

Pain points are not always caused by game difficulty, but the pain points I experienced in Cyber Shadow were in large part due to frustration caused by difficulty spikes. In this case, the difficulty spikes in Cyber Shadow were due to literal spikes that lined the floors, walls, and ceilings throughout the game. In this case, avoiding the instant death of touching a spike is much more difficult than avoiding death by an enemy’s attacks.

These instant deaths are too steep a punishment for the player’s mistakes and lead to the frustration of playing one section of a level over and over until you can complete it with near perfection. 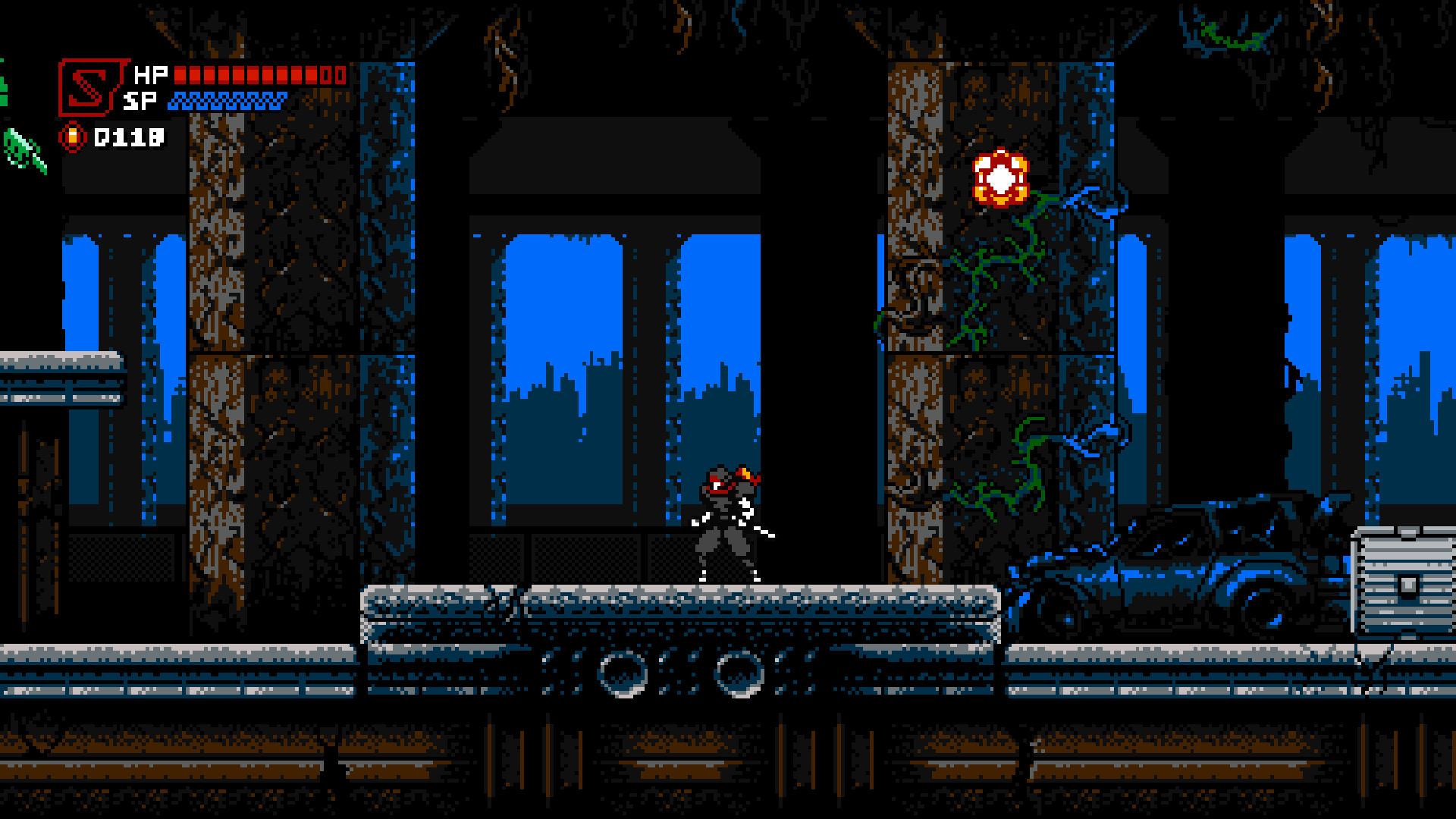 One-hit kills in platformers are not kind to the player, especially if the player loses a lot of progress because of them. They can work in a game like Celeste, where after dying, you are back in control of your character right away and always restart at the beginning of the room you died in. There are fairly frequent save points in Cyber Shadow, where you restart when you die, but they aren’t frequent enough to justify one-hit kill obstacles.

Cyber Shadow is one of the best examples in recent memory of how one reoccurring pain point can hold back an otherwise good game. Despite this, Cyber Shadow does tap into the one-brain pleasure of doing the same bit of a level over and over again, finding small optimizations each time, until you finally pass the level.

The best parts of the game are its boss fights. The bosses often have a lot of health, but you can deal out damage very quickly and there are many opportunities to attack. Avoiding their attacks is fun and every single boss is detailed and visually impressive.

The final section of play consists of a tight three-phase boss fight. It’s quite difficult, especially if you haven’t found all the health upgrades. However, it’s completely possible to avoid every attack and you can tear through the first two phases rapidly if you make the right decisions.

Cyber Shadow is good at putting the player “in the zone,” where you can play so skillfully that you might surprise yourself. Checkpoints are always right before the boss fight, making it easy to get back in and try again when you fail.

Once you get the muscle memory to perform Shadow’s abilities, the play is exciting and responsive. If you’re not playing on PC, you may need to change your controller configuration, however. Personally, I found the default inputs for the Sprint action (double press in a direction and hold that direction) to be difficult to perform during tight platforming sections and combat, especially since I prefer to use a joystick rather than a d-pad. I configured Sprint to a shoulder button, which made the game feel a lot better.

Shadow’s Parry ability is extremely satisfying to pull off. If you press toward a projectile just as it’s about to hit you, Shadow will convert the projectile into a glowing orb of energy, floating in place where you stopped it. Then, you can perform a regular Slash attack against the orb to send its energy flying to the right or left of the screen (depending on which way you are facing).

What makes Parry great is that you have distinct control over both parts of the action: when to stop the projectile and when to send it back at the enemy. This allows for creative gameplay because you can use one enemy’s projectile against another enemy or stop a few projectiles and then send them all flying at once. Additionally, your Charge Slash can be used against a stopped projectile for a different and more powerful effect. You get all of Shadow’s power-ups about half-way through the game, so you have plenty of time to master each of your abilities, but it’s especially rewarding to master the Parry action.

This isn’t a game that you play for its story, and there are a few frustrating elements caused by instant deaths and insufficient checkpointing, but if you’re willing to stick with the game through its pain points, you’ll be rewarded with a well-crafted experience of play. What’s shining behind Cyber Shadow is its tight character control, well-crafted boss fights, catchy and emotional chiptunes, and beautiful HD pixel art. 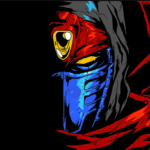