The Elder Scrolls Online reached a high point in 2018 with its colorful and magical Summerset chapter. Zenimax introduced more high fantasy elements into the online world of Tamriel, adding lots of color and tall, splendid buildings to admire . The Psijic Order made its appearance as well, introducing a new skill set for players to unlock and upgrade. Just before Summerset, there was the Dragonbone expansion, followed by Wolfhunter, and Murkmire. While all this content was happily accepted by the community, Creative Director Rich Lambert mentioned at GDC 2019, that it all felt a little disjointed, especially for new players who may not know where to start playing. This year, Zenimax wanted more cohesiveness in its releases, starting with Season of the Dragon.

Heartland of the Khajiit

In this year-long, interconnected adventure, players will travel to the home of one of the oldest races in Tamriel and discover their history and culture. The Khajiit are a people used to war. Once there were sixteen kingdoms that split the Province of Elsweyr, now there are only two. While players have had the chance to explore the fringes of the region in the base game, with Season of the Dragon you will be able to explore the savannahs, forests and rocky canyons of the south.  As you traverse the unique biomes you’ll encounter many of its diverse residents from wanderers to Imperial soldiers, and some more familiar faces.

The Vestige isn’t in Elsweyr on vacation however (unlike Razum Dar who is, in fact, on vacation). The player has been summoned by Abnur Tharn, whose arrival in the Khajiit homeland is marked by the unleashing of the great dragon Kaalgrontiid upon the already beleaguered citizens. The Khajiit have been struggling to take back their home from the invading Cyrodilic army, who are accompanied by necromancers, bringing back fallen soldiers to fight again. The reasons for the Imperial assault remain unknown, and Tharn seeks your help to uncover his sister’s motivation for leading this attack and stop the dragons. 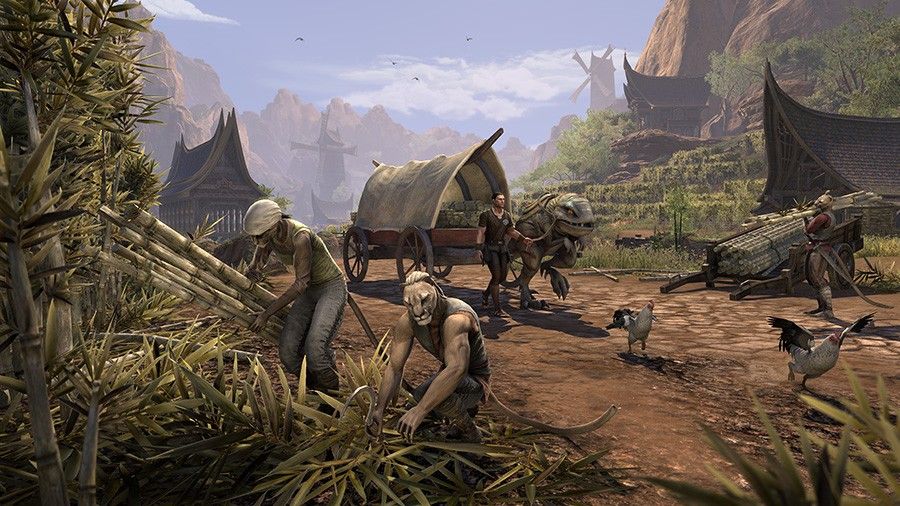 Shadows in the Sky

For the first time in The Elder Scrolls Online, dragons will be making their appearance in Tamriel. However, in contrast to TESV: Skyrim, the player is not the Dragonborn. Dragons will be challenging encounters for players of all levels, says Creative Director Lambert. They will be present in quests, trials, and especially in overland events throughout the world. Similar to the Dark Anchors from the base game, though without static spawn points, dragons will present a ferocious encounter unlike anything faced to date. 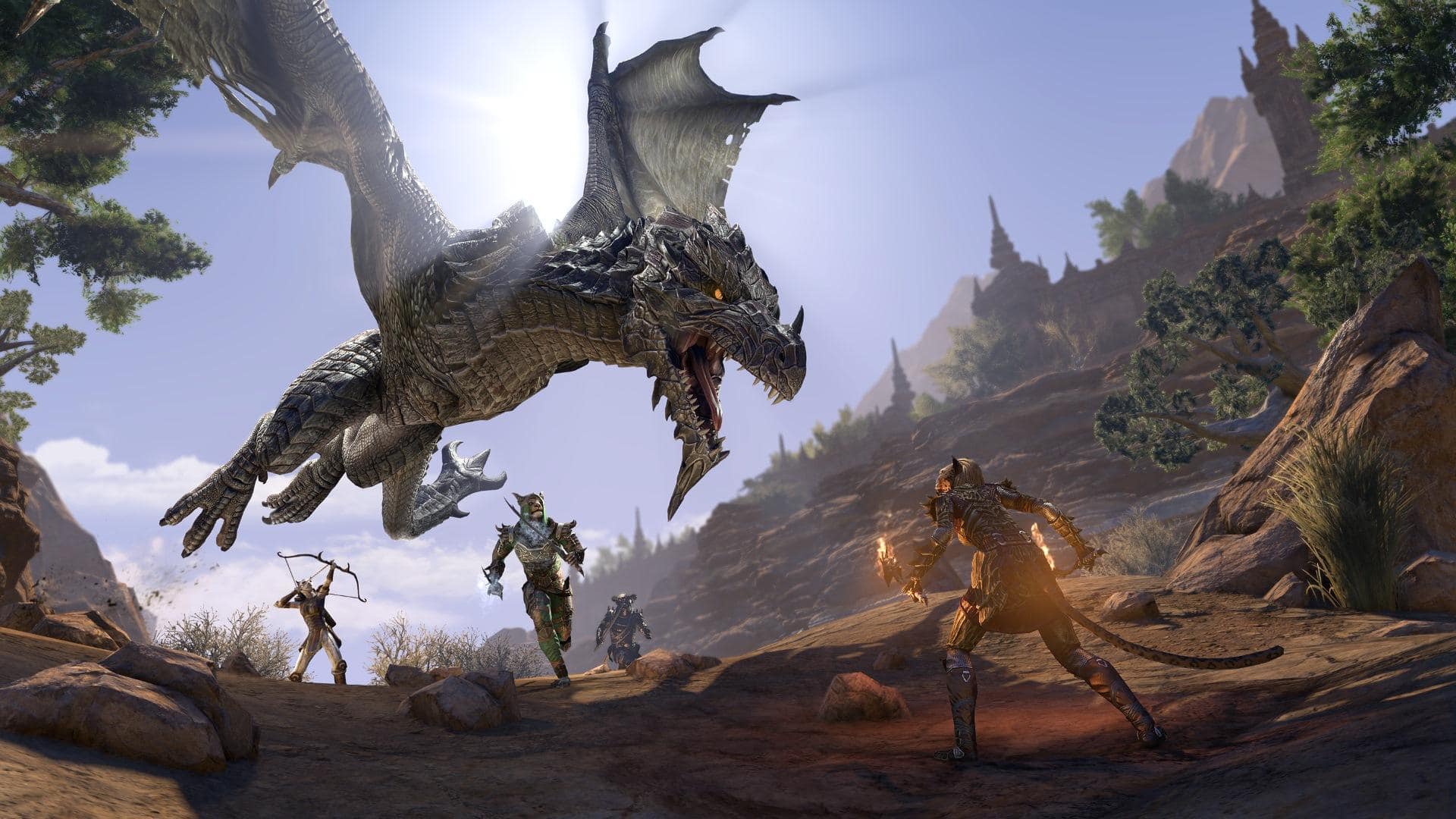 The Necromancer is the first class added to The Elder Scrolls Online repertoire since the Warden in 2017. During the demo at GDC 2019, Rich Lambert mentioned that the team at Zenimax learned much since then, about what fans enjoyed and what they didn’t like. As a Necromancer, players will harness the powers of soul manipulation and reanimation. The class does not have movement abilities, unlike the Warden, but focuses on positional gameplay and utilizing its ‘corpse powers.’ In addition, unlike other classes’ summoning abilities, the Necromancer’s summons are “similar to turrets” says Lambert. The player casts the spell, the minion follows its orders and then resets. Corpses are now a valuable part of the battlefield. They will help power the Necromancer’s abilities, and can be used to deal damage or regain some health. 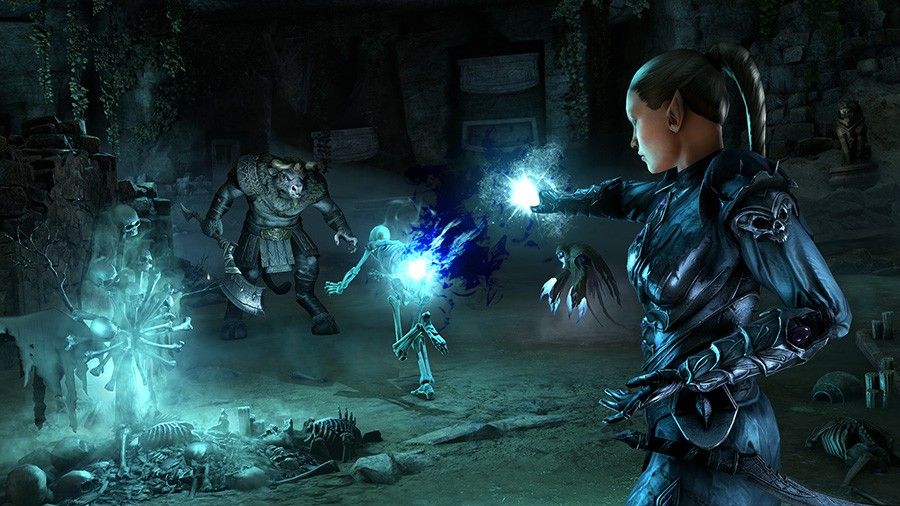 One of the things The Elder Scrolls Online prides itself on, is its accessibility to new and returning players. With Elsweyr, new arrivals to Tamriel can jump into the latest chapter with a new character, and play through the Chapter’s tutorial and starter area. In addition, the base game is included with the expansion so you’ll have plenty of adventures to enjoy. For returning players, you’ll be able to travel to Elsweyr and start your experience there with an existing character or develop a new one with the necromancer class. 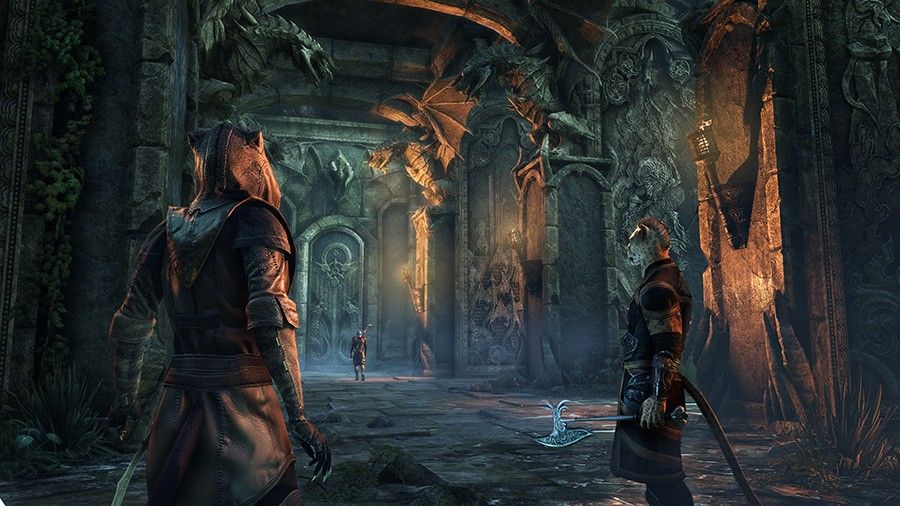 With 30+ hours of new adventures to be had, there’ll be no shortage of things to do and places to explore for the many different kinds of players. On top of that, there will be some quality-of-life improvements added to the game such as: Guild Finder (advertise and join guilds in game), AvA Artifact System (temporary spawn of epic weapons), improvements to the Emperorship system, and more. Players will be able to explore this new zone, and encounter characters old and new starting June 4th 2019. Though with the release of the Wrathstone dungeon pack, the Season of the Dragon has already begun. 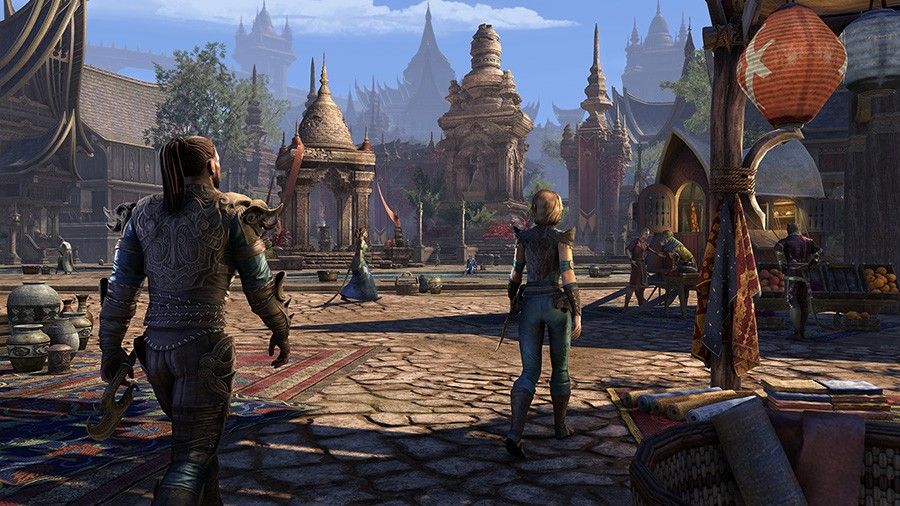 Disclaimer: I received ESO assets from GDC and press credentials. Special thanks to Zenimax and FortySeven Communications for The Elder Scrolls Online: Elsweyr preview event.

Demoing the Oculus Rift S and Quest at GDC 2019

Review | The World Next Door (PC/Mac)