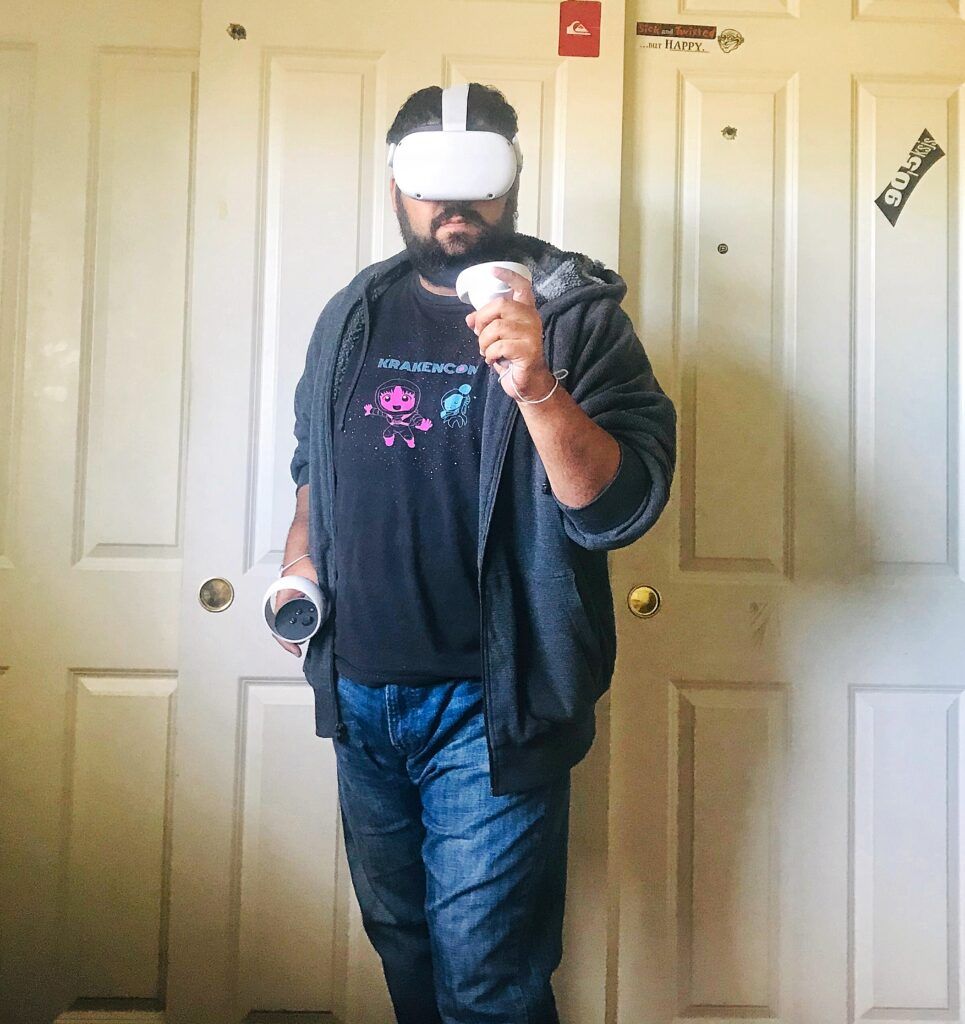 Back in September, the Oculus Quest 2 was unveiled to the world during Facebook Connect. It was presented as both an improvement and a new direction for VR. Facebook wants to usher in a new era of quality VR without the headset being tethered to a PC. Flash forward to December and I was able to acquire one for this review.

Facebook has been pushing to take VR out of the niche realm and make it accessible to everyone. Oculus Quest 2 is the next stage of this vision. It’s an improvement over the (already impressive) Quest in every way while also upgrading the hardware. At the same time it doesn’t allow itself to be limited in regards to what can be unlocked. Even though there is so much possibilities with add-ons and third party gear, this review will only look at the base model.

The Gear and Setup

Like its predecessor, this is a VR headset that bridges the gap between affordable and the high powered. Oculus Quest 2 is a major improvement thanks to its Qualcomm Snapdragon XR2 Platform that allows for higher AI capability. Visually it has a graphics processor that supports 90Hz and a display that features 1832 x 1920 pixels per eye. This allows users to enjoy games with 50% more pixels along with 360° videos that look better (this compared to the Quest). At the same time, users get to experience the six degrees of freedom in a virtual world without being tied down to cables or a high powered PC. 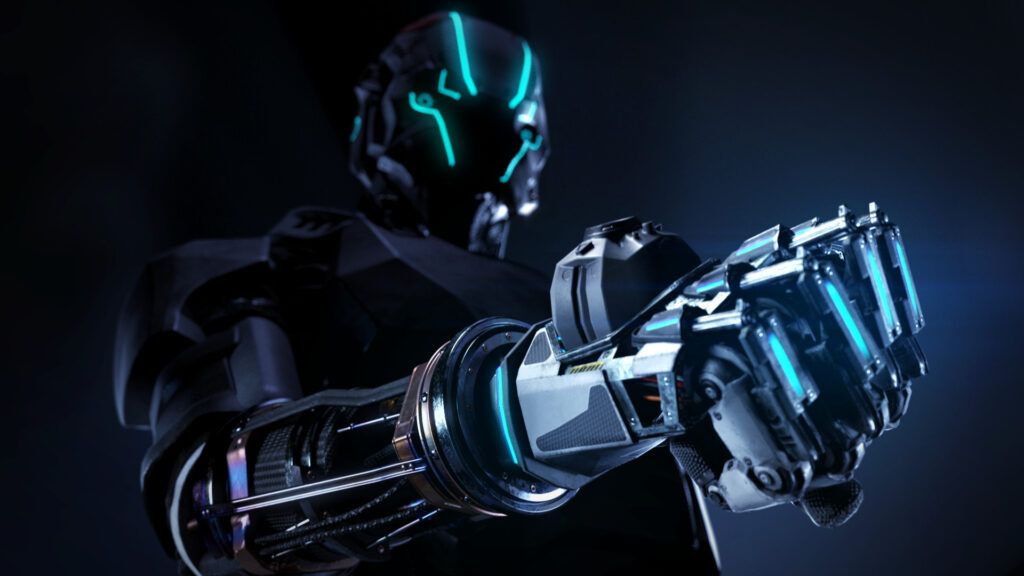 Playing With the Oculus Quest

For this review, I tested the Oculus Quest 2 during a playthrough of several games. The games used are titles that I’m familiar with and had experienced them with other VR headsets. That way I could compare the performances to see how much has improved. The following games were used for this test from December 12th to December 24th (during sessions that lasted for a 45min to an hour):
– Espire 1: VR Operative
– Beat Saber Demo
– Creed Demo
– Journey of the Gods Demo

For the most part, all of the games played to my expectation in the Oculus Quest 2. I will admit, it was odd at first not being cautious about the cables (based on my past experiences). I was quick to get over it and enjoy the games. Every game played better or on par with other VR head sets. Every aspect, from the visual to audio quality is an improvement over what its predecessor could deliver.

Outside of gaming, I also used Netflix to watch some shows. During my test; I watched a few episodes of Attack on Titan and Neon Genesis Evangelion. I will admit it was a unique experience and a reminder of what it was like to attend a theater. For anyone wanting to watch Netflix on a portable device, this is the ideal alternative to a laptop or smartphone. Even though there are many other non-gaming apps, this has quickly become one of my favorites.

I also got a few close family members to experience the world of VR. I especially wanted to see how someone who has never played VR would experience it for the first time. Each one of them got to experience a game during a 30 to 45min session (either Beat Saber or Creed). They all enjoyed their first experience in VR and none of them felt any motion sickness. 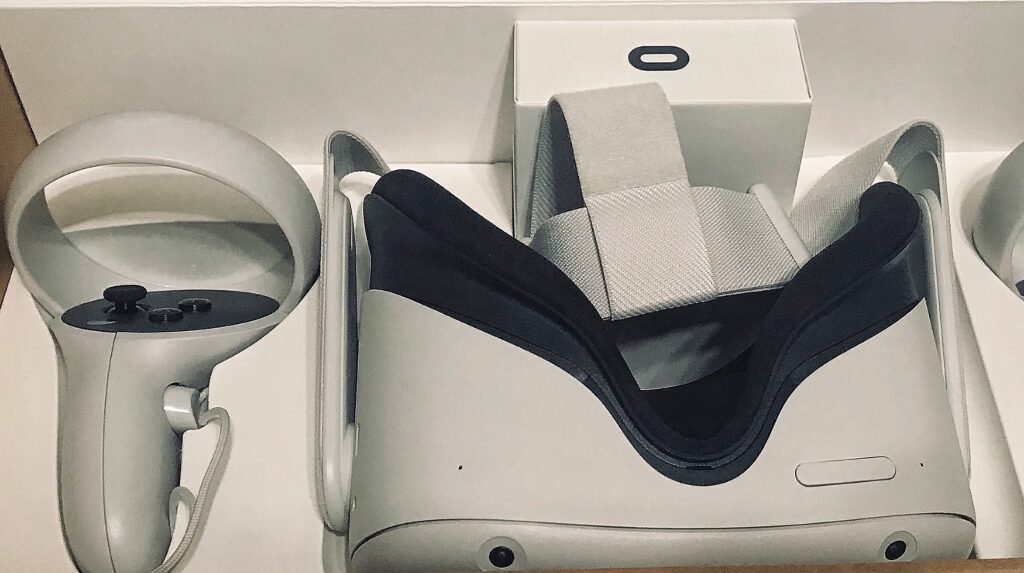 Right away, it needs to be commended for being a welcoming headset for both VR enthusiasts and novices. This is not some gimmicky headset nor is it one that requires a powerful gaming PC. This is a quality headset that takes users to a stunning world without the limitations. For those new to VR, this is the ideal headset for its quality but without the need for a VR ready PC. Those who are VR enthusiasts could see so many possibilities if they have the Oculus Link cable (and a PC that can play Crysis).

Access to the technology is not the only selling point. This is a VR headset that is easy to work with and set up. While not as simple like a console, the Quest 2 could be setup in a few minutes. Navigating the menu feels natural and setting up your surrounding area is always easy. Without the need for cables along with its user friendly navigation makes this a headset that welcomes everyone into the VR community. Should you ever need help, Facebook has several guides available online that will answer your questions.

Finally; it’s time to talk about the most important factor regarding anything portable, the battery life. Oculus Quest 2 has a solid battery life that will allow you to enjoy VR for several hours. While many have stated it has battery life of 2 – 3 hours, I only had to recharge it twice during the week. I should note that I spend 45min on average in VR (which is common for most people). 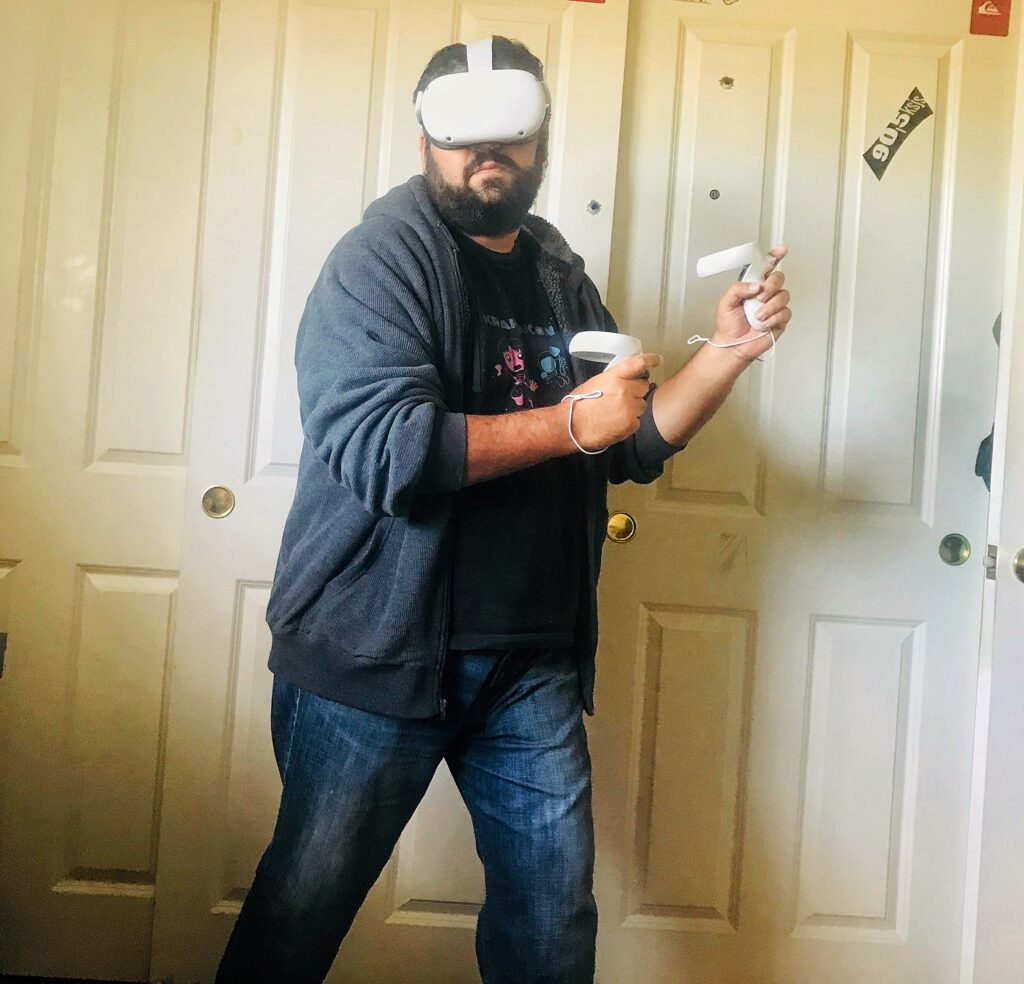 Facebook has set out to transform VR from a niche experience to one that everyone could enjoy. At the same time, it doesn’t want to alienating the devoted members of the community. Oculus Quest 2 is the perfect balance of being the ideal headset for casual users and devoted VR enthusiasts. While its predecessor bridged a technology gap, the next step is to bring everyone together.

Disclaimer: Facebook provided the Oculus Quest 2 used in this review. 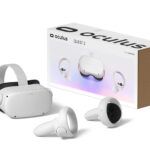 While its predecessor bridged a technology gap, the Oculus Quest 2 finds the balance of being the ideal headset for novices and devoted VR enthusiasts.

Metagame Review: A deeply problematic retelling of Melee’s “era of the five gods”