Raji: An Ancient Epic is the first title from independent studio Nodding Heads Games. Based out of Pune, India, the team developed their action-adventure game based on “…stories,  myths, and lore from the Indian subcontinent.” The game’s official steam page says the game is set in the middle of an invasion of the human realm by supernatural monsters. Raji is chosen by the gods to rescue her brother from these demons and put an end to this war. Players will be able explore and fight through handcrafted, medieval-era forts based on the real forts of the Rajput kings of Rajasthan. In addition, they’ll experience “gritty and fluid combat” and solve “”Mandala” puzzles” as they travers through the level and discover secrets along the way. 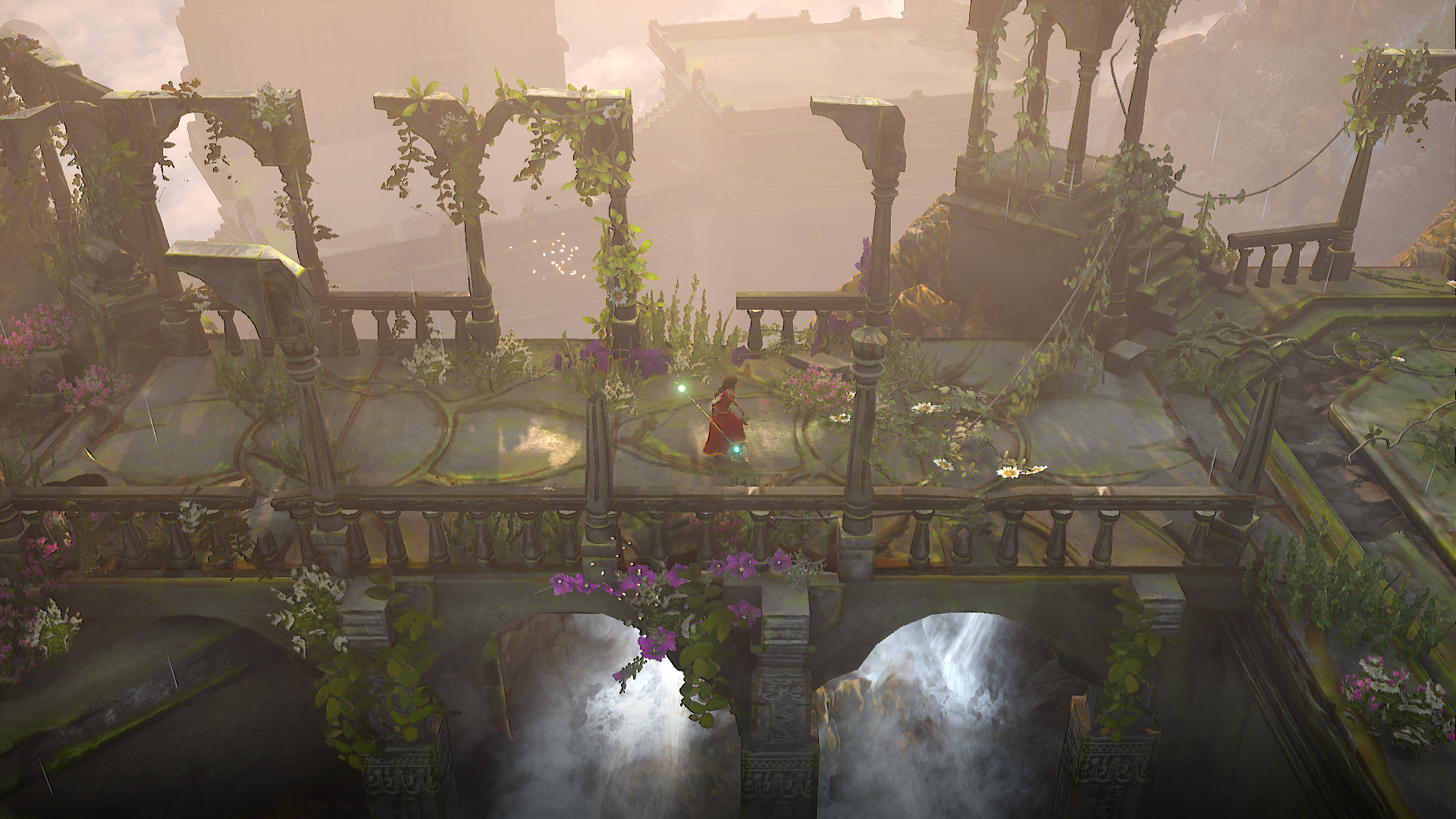 Much of the game’s details looks promising and the gameplay I have seem so far is as well. My play-through of the demo took between an hour and an hour and a half. The scenery was visually stunning, and matches to the studio’s description of “breathtaking, hand painted environment.” Much time must have gone into the environmental design and it can clearly be seen in the demo. Some elements of it reminded me a little of the Assassin’s Creed Chronicles. Hopefully, in later levels there can be more areas to explore and views to admire.

To match the beautiful scenery, the game has an excellent soundtrack that fits the majesty of the landscape and the intensity of the combat. From what I have seen of the preview, the game offers diversity not just in the many environments, but also in combat. While the demo only allows Raji to wield one weapon, the weapon wheel shows many other options.

Initially, I was a little apprehensive that the combat would be too repetitive. There are “three” actions you can take with the first spear Raji wields. The first is a normal attack (right mouse button). The second, a charged, throwing attack (hold left mouse button). And thirdly, a power attack (press and hold ‘Q’). However, along with the upgrades she quickly acquires throughout the level and the increasing amount of enemies, each encounter requires different approaches and strategic use of said abilities, including the dodge roll mechanic. The simplicity works well to avoid quickly overwhelming the player with too many choices. Once the player gets the feel of the overall gameplay, it feels pretty satisfying. 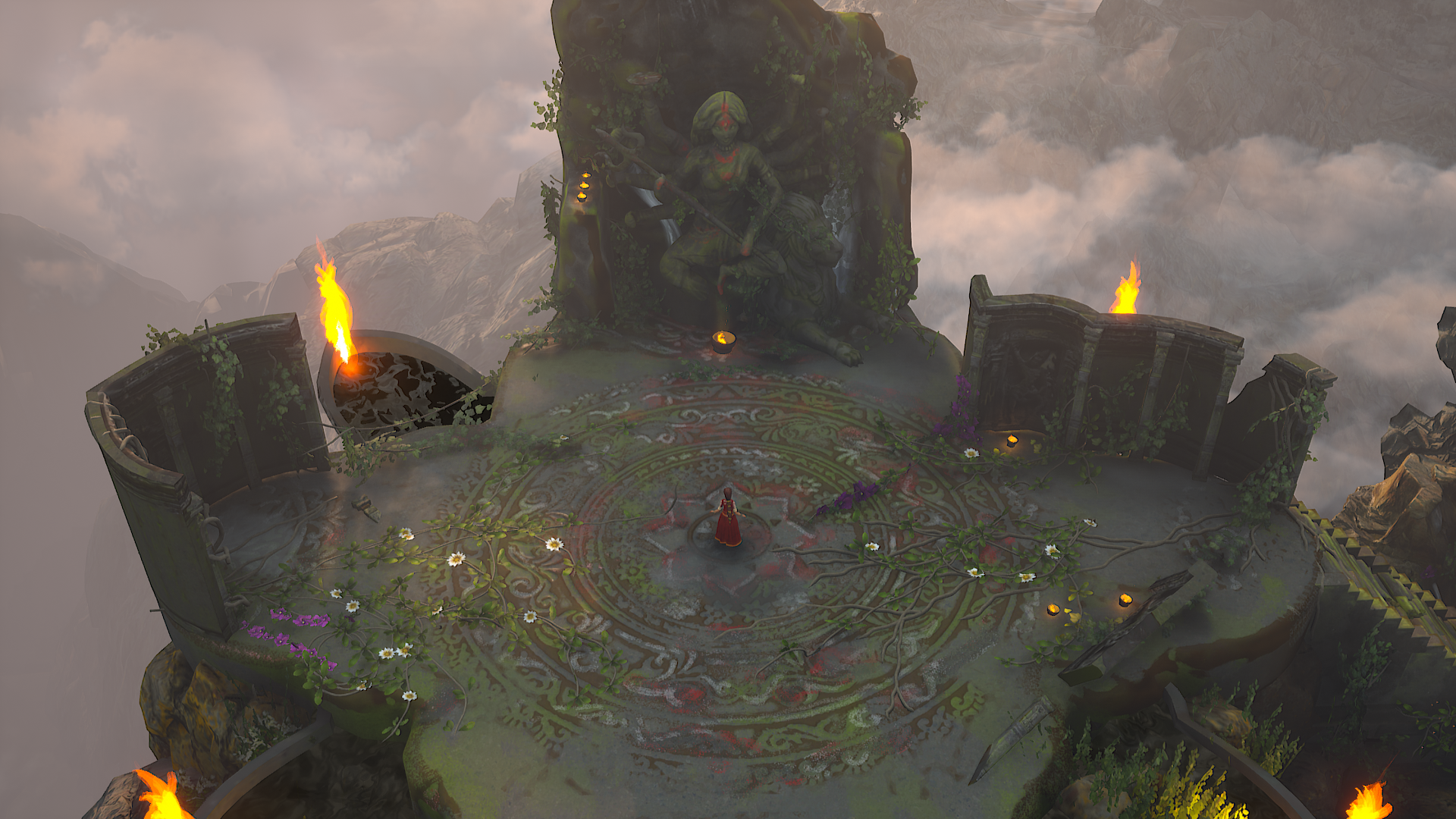 As this is currently an early demo, there is much that will be changed and polished before the game’s release. Though the demo was not optimized, the game still ran smoothly and I encountered very little glitches or unpolished gameplay. There’s much to discover in the world of Raji, and the game holds a lot of promise. I look forward to seeing what the developers at Nodding Heads Games have prepared for us.

Disclaimer: I played the demo version of Raji so features and gameplay may change over the course of development.